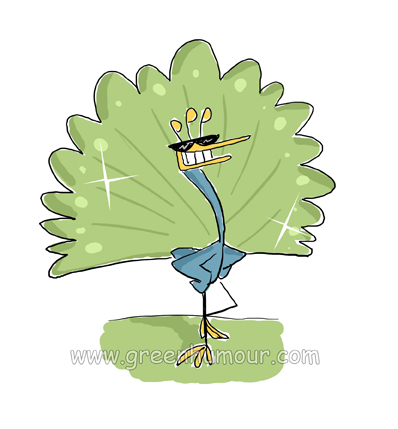 Green Humour is a series of cartoons, comics and illustrations on wild animals; wildlife and nature conservation, environment, sustainability and all things green. Green Humour is possibly the largest collection of cartoons on wildlife and environment on the web. Cartoons and illustrations from Green Humour have appeared in Sanctuary Asia, Current Conservation, Sustainuance, Tinkle Digest, National Geographic Traveller, Sunday Mid-Day, Pune Mirror, and Saevus, and periodically appear in the following publications-

Green Humour debuted on the international comics platform 'Gocomics' in December 2013, making it the first series of cartoons and comic strips from India to be distributed internationally. Art from Green Humour has been used for several conservation campaigns and publications by organizations such as WWF, The Wildlife Trust of India, the Nature Conservation Foundation, BNHS, The Humane Society International, The Arunachal Pradesh State Forest Department, The Karnataka State Forest Department, Birdlife International, Save our Seas Foundation, and the International Crane Foundation. The series has won awards by the UNDP, Sanctuary Asia, WWF International, Royal Bank of Scotland, Publishing Next and Green Literature Festival. The cartoonist is a fellow of the International League of Conservation Writers, since November 2015. Cartoons from Green Humour are also represented by the Cartoons Collection, USA, since November 2020. Books from Green Humour include The Great Indian Nature Trail (WWF), Bird Business (BNHS), Making Friends with Snakes (Pratham), Green Humour for a Greying Planet (Penguin) and Naturalist Ruddy (Penguin). 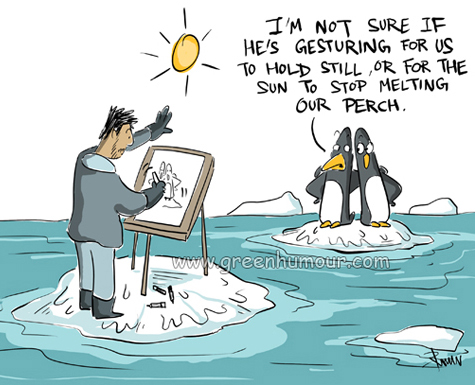 Notorious for rolling up into a ball like a pangolin to avoid answering the phone or meeting people, Rohan is a cartoonist and illustrator hailing from Nagpur, the 'Tiger Capital of the World'. A memorable encounter with a beautiful tigress bathing in a Nagzira Wildlife Sanctuary waterhole led him to give up a career in dentistry and take up drawing for wildlife and conservation. Other than Green Humour, he has done cartoons and illustrations for several other publications and organizations such as WWF, Nat Geo Traveller, IDFC, Standard Chartered Bank, Titan, Istock, and has served as an animation designer and illustrator for a Bangalore-based multimedia firm. Other than the awards for Green Humour, Rohan stood 2nd in UMO's 6th International Cartoon Contest and The Time's of India's national level cartoon contest, 'A Day in the Life of India'. He isn't quite comfortable with writing about himself in the third person, but if it makes him sound like a big deal, why not?