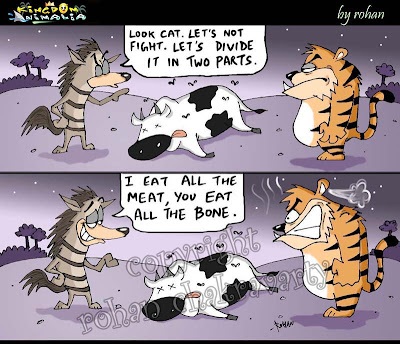 The Striped Hyena of India is not only an efficient scavenger but some large specimens have also been reported to hunt their own prey. These animals are considered cowards by folklore, due to their habit of feigning death when attacked. In actuality, they are known to be quite fearless, even standing their ground against predators like leopards in disputes over a kill. Striped Hyenas are the smallest of the true hyenas, retaining viverrid characteristics that are lost in the larger species. Pairs are monogamous, assisting one another in raising the pups.