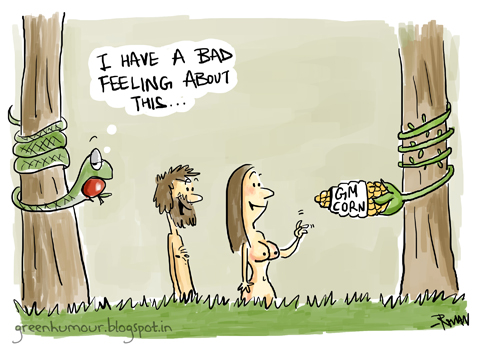 Genetically modification of lifeforms can be given many mythological allegories that all say 'Tread with extreme caution.' The technology is Pandora's box. Yet no matter how hard it is tried, only more evil seems to appear out of it. The hope-as it might have existed at time of Mendelian genetics, is long corrupted due to prolonged association with the other evils that have come. Genetically modified food is an even more intimate connection for humans as it enters our systems. Its impact needs to be studied for generations together before some extent of validity can be attributed to it. (Text- Pallavi Talware)