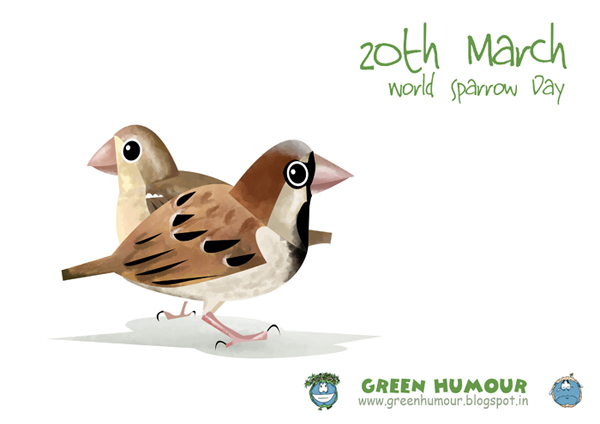 20th March is celebrated as World Sparrow Day. The initiative was started by Mohammad Dilawar of 'Nature Forever' (http://www.natureforever.org/), who has been spearheading sparrow conservation efforts in India.
The poster is available as A3 size prints (you can email me the to order your copies).  To read my cartoons on sparrows, visit http://greenhumour.blogspot.in/search/label/sparrow
This work by Rohan Chakravarty is licensed under a Creative Commons Attribution-NonCommercial-NoDerivs 3.0 Unported License.
Posted by Rohan Chakravarty at 19:23