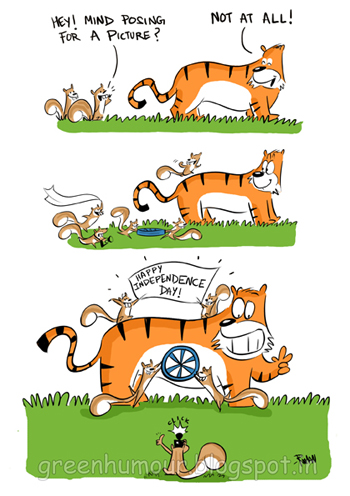 15th August is the Indian Independence Day. The Tiger isn't called India's animal
for nothing. A careful look at its hide and its habitat will reveal that within them lie all
the colours of our national flag- saffron, white, green and blue (represented by the numerous Indian rivers originating from and flowing through tiger habitats). Gives us all the more reason to do
our best to protect this charismatic cat from extinction, does it not?

This cartoon was a result of Tinkle Digest asking me to do an Independence Day themed cartoon, and was published in their August 2013 issue- 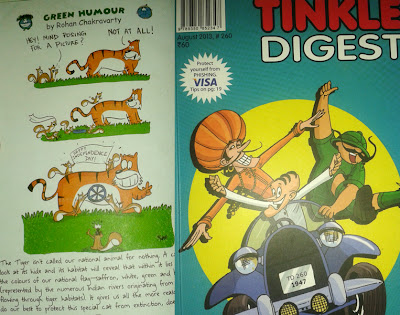