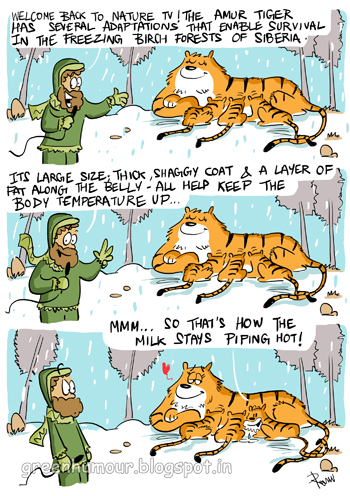 The largest sub-species of Tiger, the Panthera tigris altaica inhabits the Sikhote Alin mountains of the Russian far-east. It is the largest living felid and one of the biggest to have ever existed. Nearly wiped out during the Russian Civil War, recent intensive conservation efforts have helped stabilize the numbers of this rare cat, but a lot still remains to be done to counter poaching.  The IUCN lists the Amur Tiger as endangered, with just about 250 breeding adults remaining in the wild.

29th September is going to be celebrated as the Russian Tiger Day, 2013.