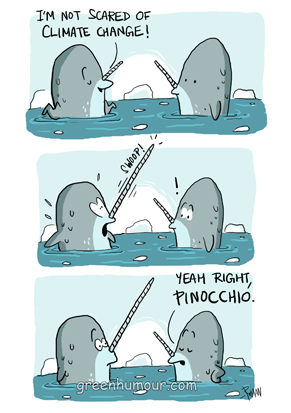 Narwhals are toothed whales living in the Arctic, and have the largest canines for any animal in the world. This canine is the long, helical 'tusk' that you see protruding out of the animal's snout. The tusk is a common masculine feature but is also seen in some females. The narwhal is one of the most vulnerable mammals to climate change as it depends on sea ice to hunt fish. The current world population is around 75000, giving it a 'Near Threatened' designation on IUCN's Red List.

With this cartoon, I begin a fortnightly column in 'The Hindu' newspaper's weekend supplement, 'BL-ink'. Watch out for more new cartoons here! 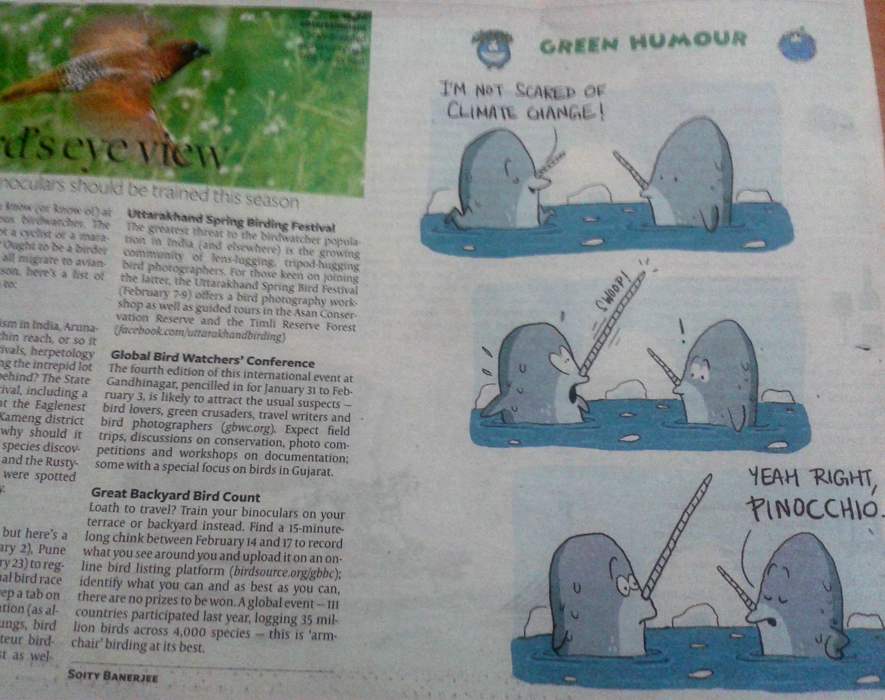 Posted by Rohan Chakravarty at 20:42