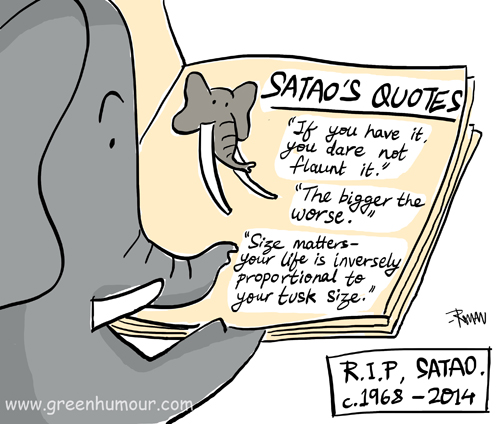 A cartoonist's homage to Satao the tusker, who was shot with a poisoned arrow by poachers for his tusks, that were so large that they almost touched the ground. Because of his size, Satao was an icon and a favourite among conservationists and wildlife lovers, and his death was mourned across the world. Satao lived in the Tsavo East National Park in Kenya and was estimated to be one of the largest elephants in the world. He was declared dead on 13th June, 2014.
Posted by Rohan Chakravarty at 09:56