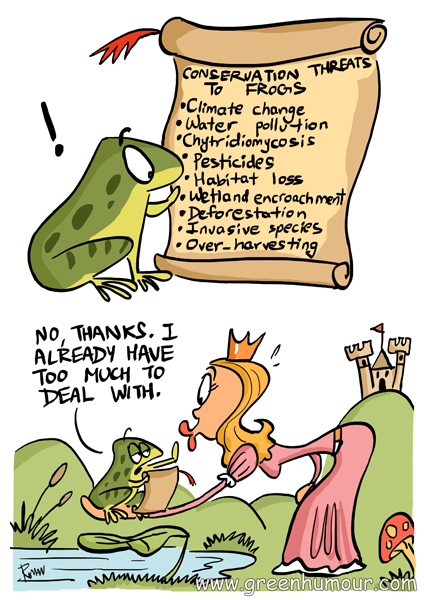 Frog populations are facing steep declines worldwide. Being amphibious and having porous skins, frogs are susceptible to the most drastic impacts of climate change, which along with the Chytrid Fungus have been reported to be the major threats being faced by them today. Several other factors have also contributed to their extirpation, such as pollution, pesticides and rampant destruction of their rainforest habitats.

This cartoon appeared last weekend in my fortnightly column in The Hindu's 'Blink.'

(Thanks to Keerthi Krutha for correcting the spelling of Chytridiomycosis on the comic. Keerthi studies frogs and that disease in Western Ghats in India).
Posted by Rohan Chakravarty at 08:08