India’s ‘Big Four’ venomous snakes- the Spectacled Cobra, the Common Krait, the Russell’s Viper and the Saw-scaled Viper are the ones that reportedly cause the highest number of annual snake bites, but are at the same time extremely beautiful and misunderstood. Here is a caricatured compilation of these four critters- 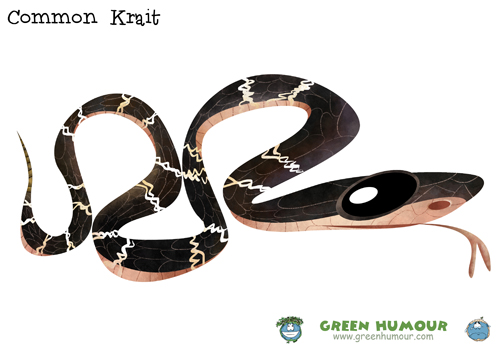 The Common Krait
Even though the venom of the krait is considered among the most potent, it is a very docile creature. It can be told from the similar looking wolf snake by the absence of a loreal shield. The diet of the krait includes snakes such as blind snakes and wolf snakes, rodents and lizards. It inhabits a wide range of habitats from scrub forests to human habitation. 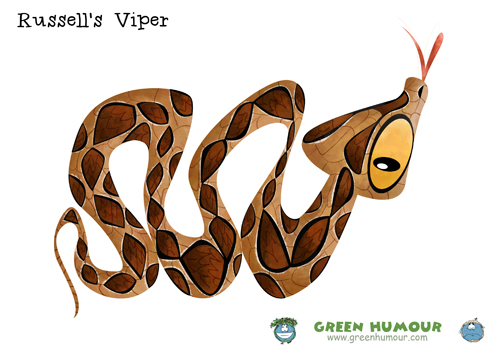 The Russell’s Viper
The Russell’s Viper’s distinct patterns and colouration make it an easy snake to identify, but its behaviour makes it equally difficult to handle. When threatened, it forms a series of loops, raising the upper boy and producing the loudest hiss for any snake! Their affiliation to rodent prey often lands them in close contact with humans, resulting in conflict. 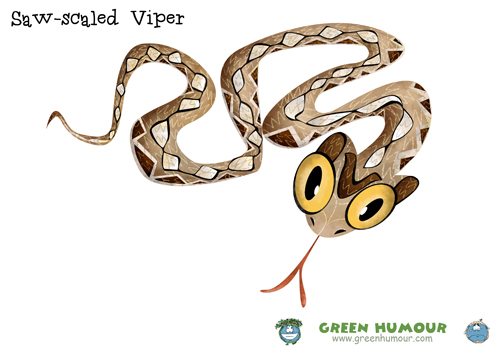 The Saw-scaled Viper
This viper’s namesake- the saw-shaped scales, enable its distinctive threat display- forming a series of coils and rubbing the scales together, producing a sizzling sound (the act has a name- stridulation!). The more agitated the snake is, the faster it stridulates. Saw-scaled Vipers are the smallest among the big four and occur primarily in dry and arid regions. 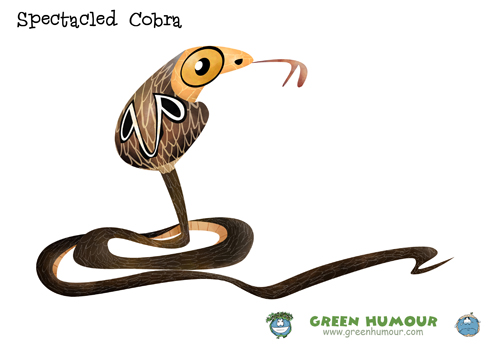 The Spectacled Cobra
India’s most loved snake, the Spectacled Cobra is revered in mythology and hence often finds itself in trouble at the hands of snake charmers. The spectacle-shaped pattern on the hood gives the snake its name. It inhabits all kinds of terrain- forests, cultivation, hiding in tree holes or termite mounds in the day and becoming active at night.

Prints and merchandise available on my webstore here.

For orders within India, the compilation is available as A3 posters, along with coffee mugs and fridge magnets- 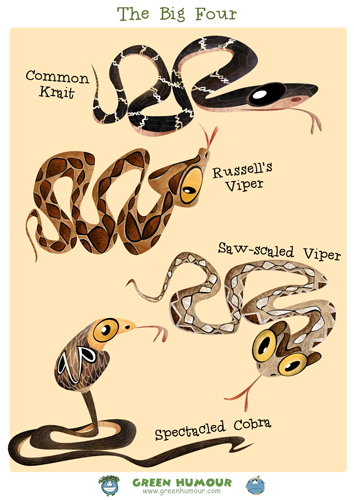 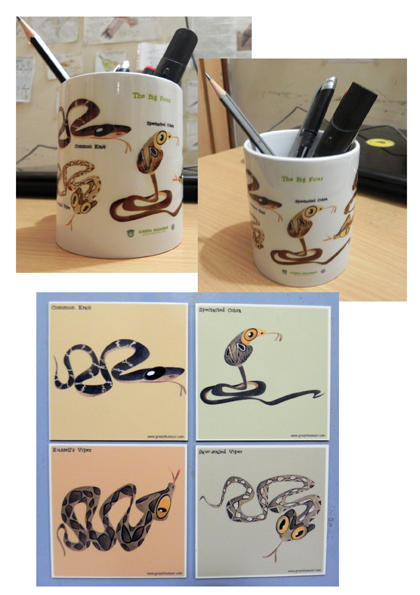 Orders can be placed by mailing me at rohanchakcartoonist@gmail.com. Please note that I am shipping only within India at the moment.
Posted by Rohan Chakravarty at 09:43