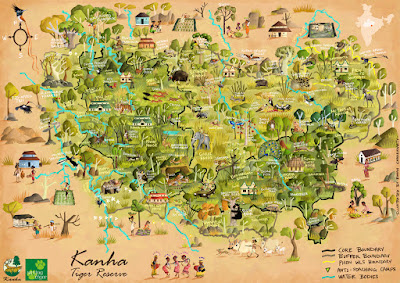 I've often referred to Kanha Tiger Reserve as the 'Mother of Indian Forests', for the simple reason that its majesty and grandeur make for a complete Indian forest experience. The true magic of the Central Indian wilderness is here in Kanha's lush meadows and evergreen Sal forests.

This February, commissioned by Mr. Sanjay Shukla (Field Director of Kanha), the Forest Department of Madhya Pradesh, and the Saving Tiger Society, I travelled to Kanha gathering references for drawing an illustrated map of the park. The map has over 50 species of fauna found in the park, along with illustrations depicting the life of the Baiga tribe, that lives around the park. Here are some snippets from the map- 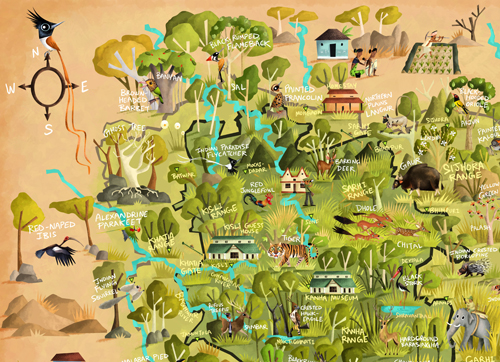 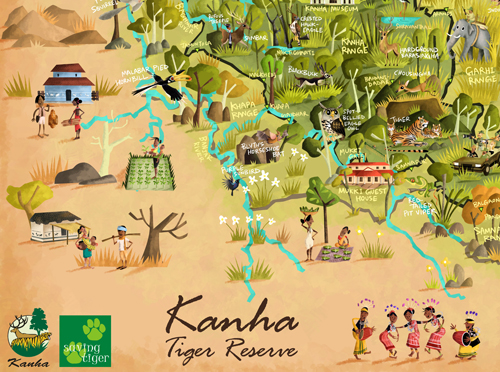 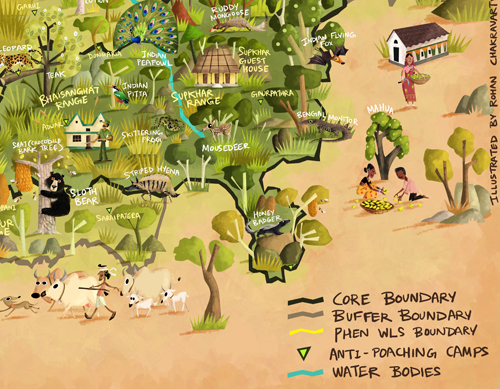 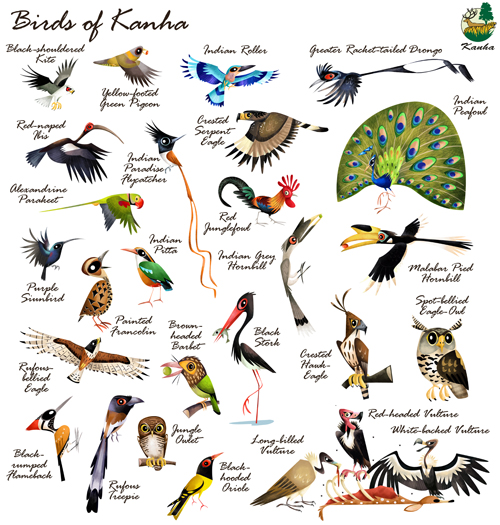 Some of the birds found in Kanha 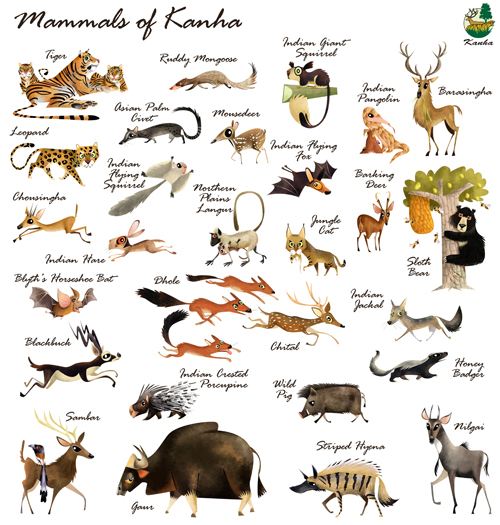 Some mammals found in Kanha 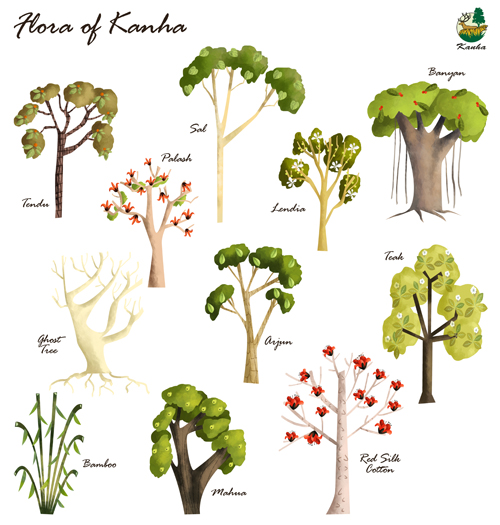 Some well-known trees from Kanha. The evergreen Sal is what makes Kanha unique compared to most other deciduous forests in Central India. 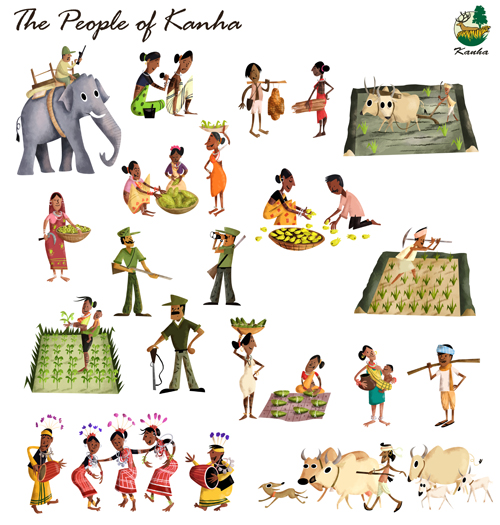 The Baiga people of Kanha 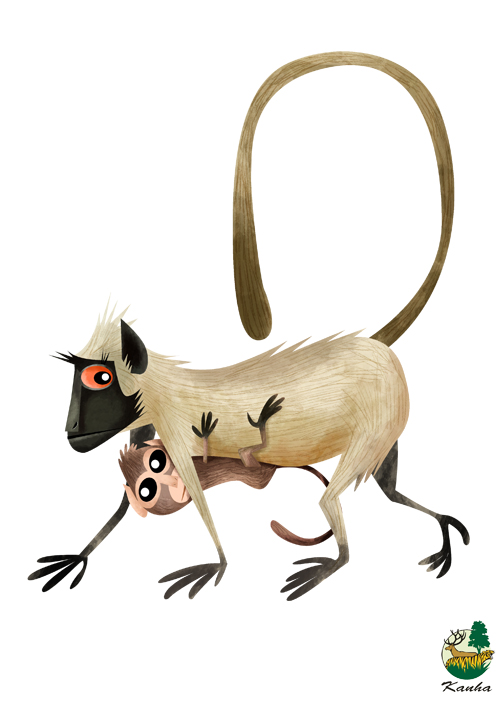 A mother Northern Plains Langur carries her baby on her tummy 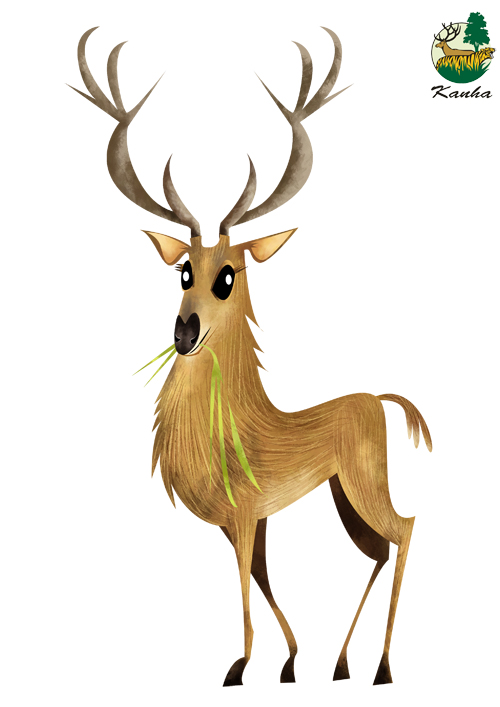 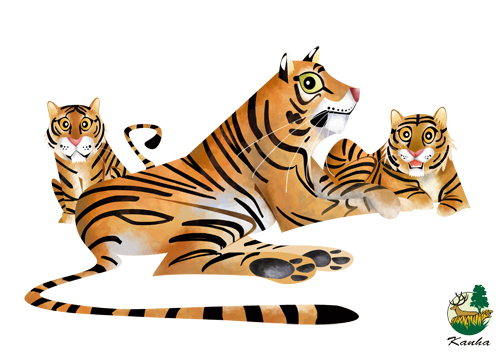 A tigress with her cubs. Inspired by a family of five tigers I met in the Mukki range of Kanha TR A Grey Hornbill feeding his family- a female who has locked herself and her chick up in a tree hollow, to escape predation while nesting! 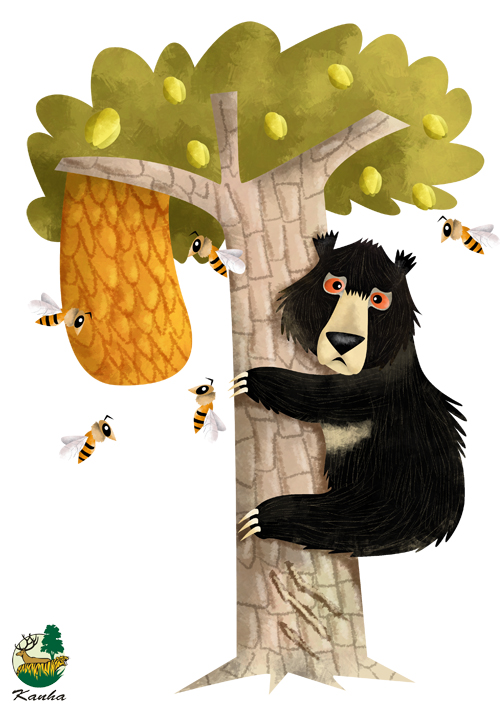 A Sloth Bear climbs a Crocodile Bark tree for raiding a beehive. 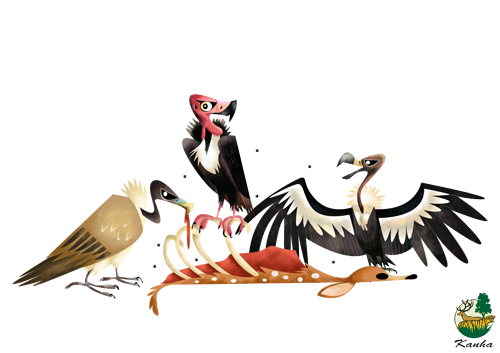 Three wise vultures- (from left) the Long-billed, the Red-headed and the White-backed Vulture. Kanha is home to four more species- the Eurasian Griffon, the Himalayan Griffon and the Cinereous and the Egyptian Vultures. A pack of Dholes chasing a Chital through the meadows 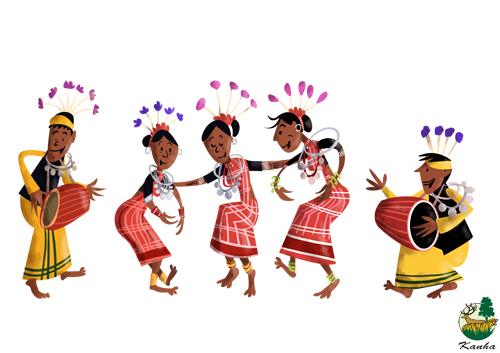 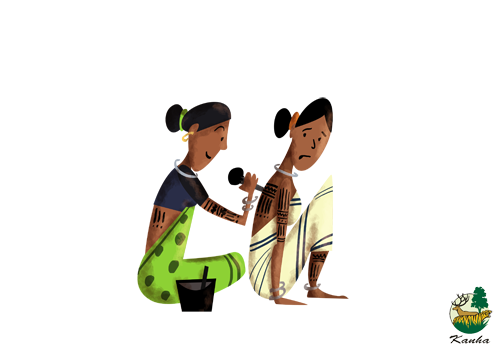 Baiga women are known for their tattoos, that cover nearly the entire body! One of the illustrations briefly demonstrates the process.

The map will soon be a part of the interpretation centre at Kanha, as well as a coffee table book that is being produced by the forest department. A huge thanks to Mr. Shukla, firstly for having the vision to use artwork so extensively for promoting the park, and secondly for hosting me and helping me with constant inputs throughout the project. Thanks also to Mr. Indrajit Sengupta of the Saving Tiger Society for funding the project.

Posted by Rohan Chakravarty at 20:49