Tapirs of the World 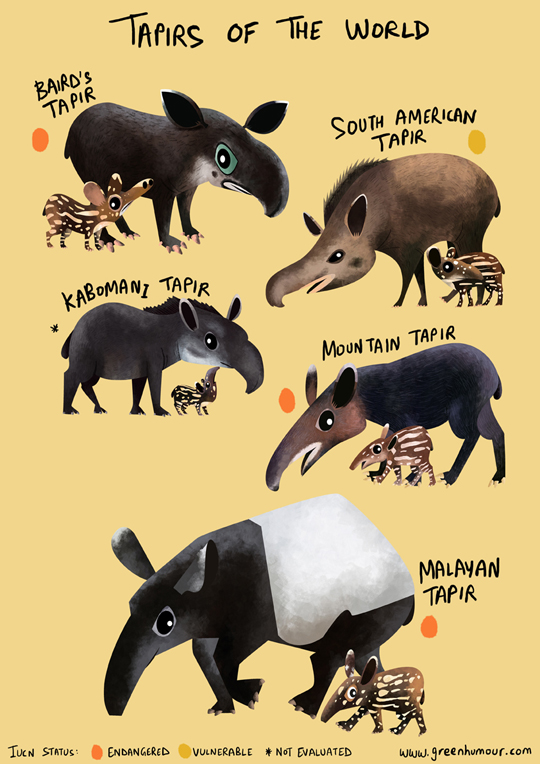 Meet the tapirs- the cutest possible crosses between elephants and pigs, in this brand new poster!

Tapirs are large, herbivorous, forest-dwelling animals found in Central and South America, and South-East Asia. They are characterized by their prehensile nose trunks, that give them their exceptional sense of smell. Tapir piglets of all species sport bright spots and stripes to aid camouflage.

There are five extant species- four in Central and South America (The Baird's, Kabomani, South American and Mountain Tapirs) and one in South-East Asia (Malayan Tapir). All the five species are threatened by hunting and habitat loss throughout their range.The Kabomani Tapir was described in 2013, making it the first odd-toed ungulate discovered in a century!

Prints of the compilation are available on my webstore here. 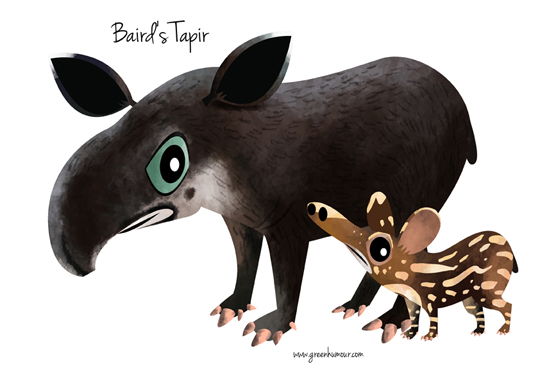 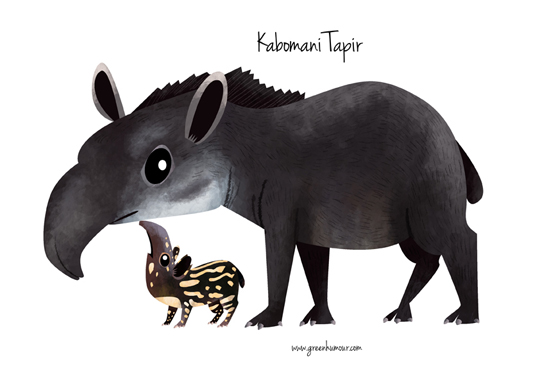 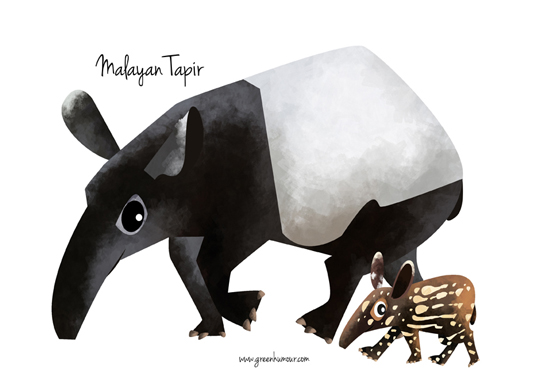 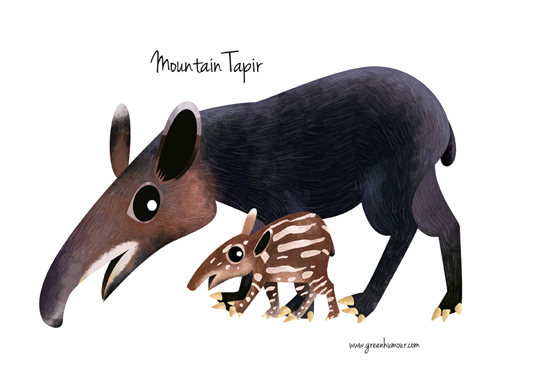 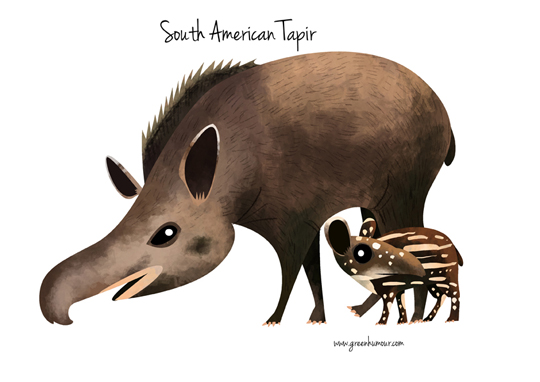 Posted by Rohan Chakravarty at 00:06