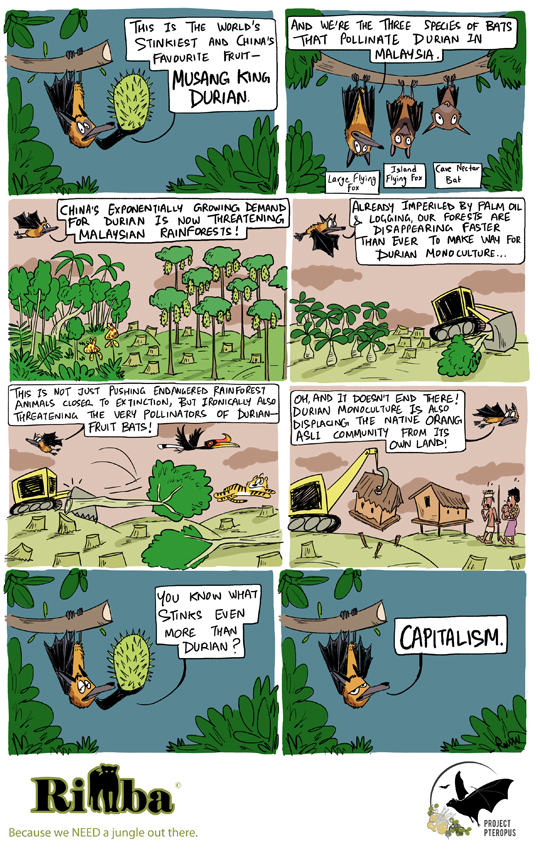 China's growing demand for durian could wipe out the rainforests of South-East Asia. Bats, one of durian's most important pollinators are ironically among the worst victims of durian monoculture, as are native communities such as the Orang Asli people of Malaysia.

The comic was commissioned by the Pteropus Project and Rimba Research, working in Malaysia to resolve this conflict and make durian farms biodiversity friendly.  We also worked on two infographics on how bats can help increase durian harvests if durian cuture is carried out sustainably. One of the infographics is aimed at farmers while the other at children and students. 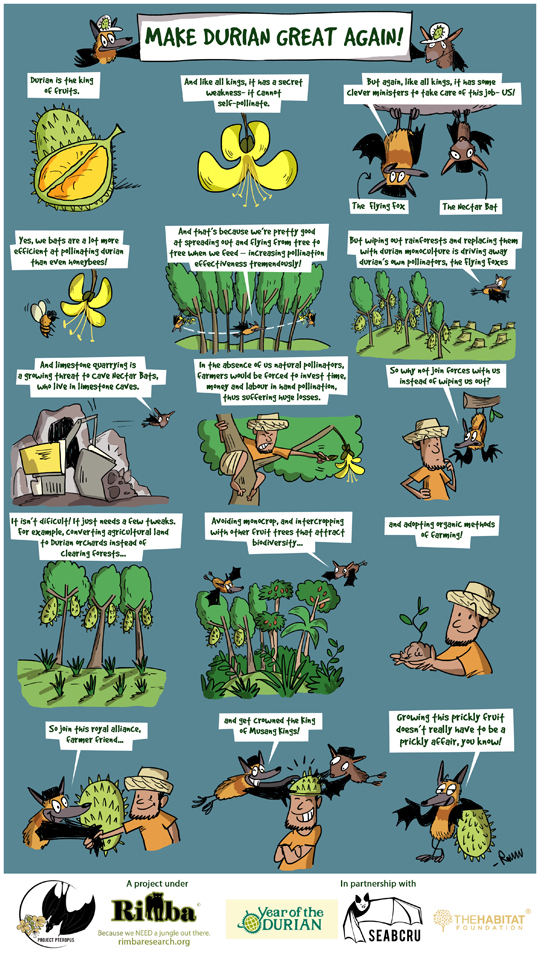 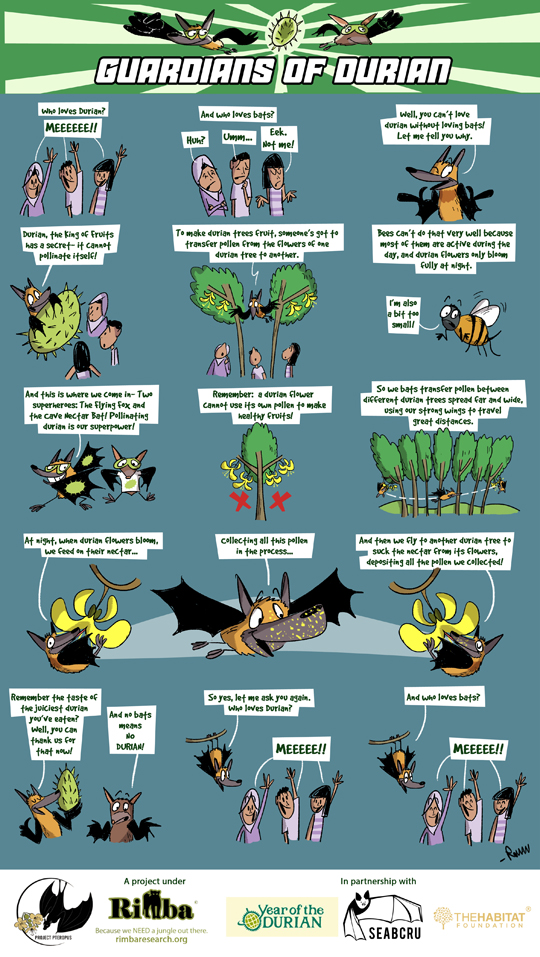 A big thanks to researchers Sheema Abdul Aziz, Mary Ryth Low and Hii Ning for the opportunity. The project not only gave me a chance to acquaint myself with the intricacies of durian ecology, but also tackle the challenge of communicating the same issue to three different kinds of readers in three different ways (urban youngsters, durian farmers, and young students).

Posted by Rohan Chakravarty at 09:44