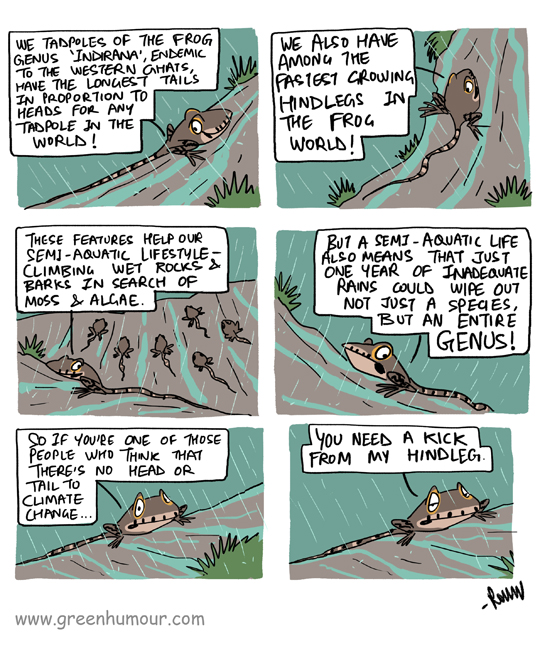 We've all been hearing and reading about species going extinct because of climate change. But imagine losing an entire genus!
Last month on a field trip to Kerala's Athirapilly Falls in the Western Ghats, I stumbled upon something truly bizarre. An entire rockly hill slope, wet with networks of rainwater streams, was full of tiny tadpoles, that were climbing the rock! Upon closer inspection I found that these tadpoles had very long tails, and visibly well-developed hind legs. The adult frogs too weren't far, taking cover wherever foliage offered, constantly emitting partridge-like quacks, and keeping a watch on their egg clusters (and tadpoles?). Anurologist pals Gururaja Kv and Madhushri Mudke were quick to not only identify the frog species for me (Indirana yereda, the Genus being endemic to the Western Ghats), but also to explain the behaviour and lifestyle of these frogs, which eventually became this comic strip.
The comic appears in my column with PuneMirror.in today. For those interested in finding out what these tadpoles and frogs actually look like, I've added some photographs clicked by me here: 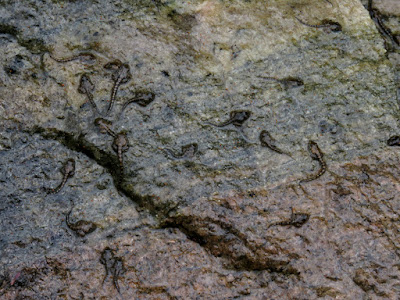 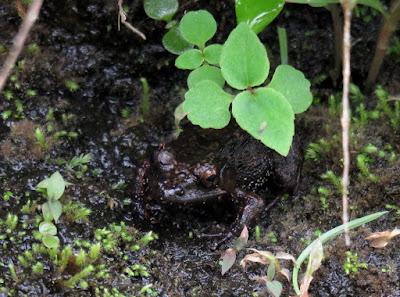 Indirana yereda adult (about the size of a human little finger)

Posted by Rohan Chakravarty at 08:08