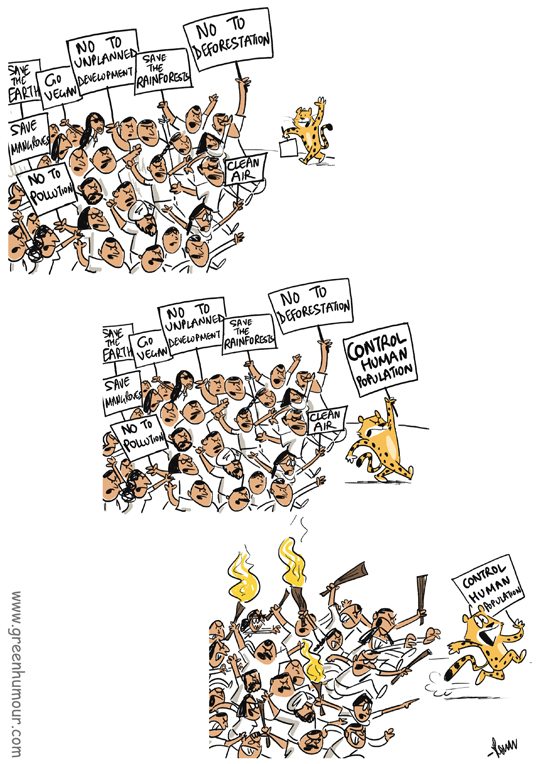 'Let's act like our house in on fire'- says the Global Climate Strike's byline, scheduled for the 20th of September 2019. While governments and industries are to be blamed for 'our house being on fire', I hope that overpopulation, a major contributing factor to the fire that people do not like to talk about, and that cannot be overlooked anymore, will also be protested against.

Comic from my column with The Hindu's Sunday Magazine.

Posted by Rohan Chakravarty at 09:03