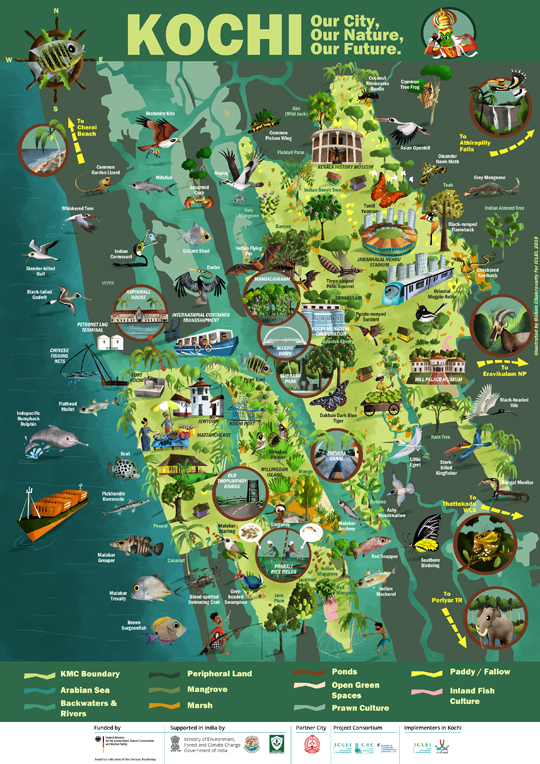 An urban biodiversity map of Kochi commissioned by ICLEI South Asia. Among India's busiest port cities, Kochi has a wide variety of green spaces both within and around it, from marshes and paddy fields, to estuaries, beaches, mangroves and hills. Mangalavanam, a mangrove forest in the heart of the city hosts a huge population f the Indian Flying Fox, while its estuaries are home to the Indian Ocean Humpback Dolphin and the State Fish of Kerala, the Pearl Spot. Kochi's wetlands are the wintering grounds of several species of migratory waterfowl, and its hill forests host many insects and birds endemic to southern India. Some close-ups from the illustration are below: 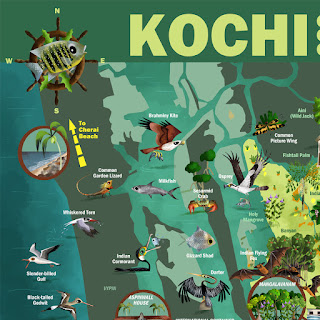 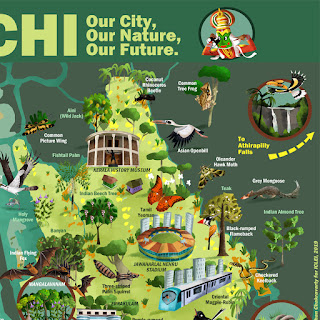 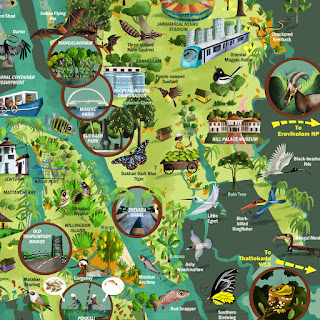 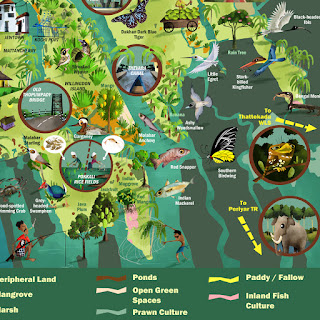 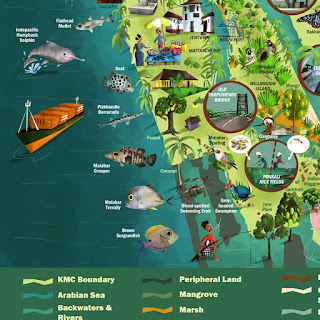 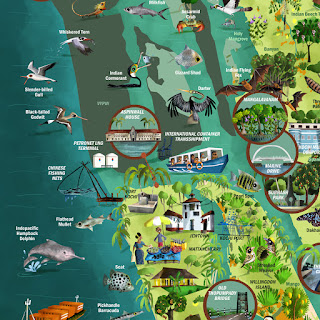 Thanks to Mr. Alex Jose of ICLEI for his knowledge and inputs on Kochi, and to ICEI for commissioning me for this project!

Posted by Rohan Chakravarty at 07:37