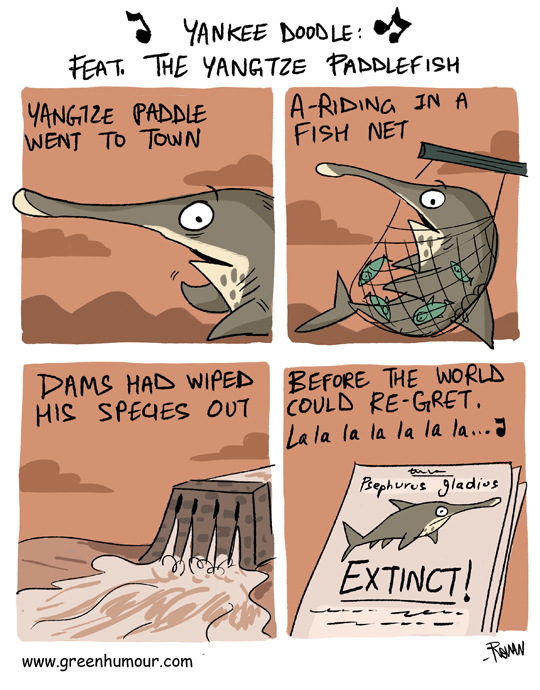 A jingle to remember to Yangtze Paddlefish that was declared extinct last week. China has imposed a 10 year ban on fishing since the declaration, but dams and pollution continue to threaten the Yangtze and its denizens. Recent casualties to extinction prior to the paddlefish have been the Reeves Shad and the Baiji Dolphin, while the Chinese Sturgeonfish and the Yangtze Giant Softshell Turtle, both on the brink of extinction, are expected to perish next.