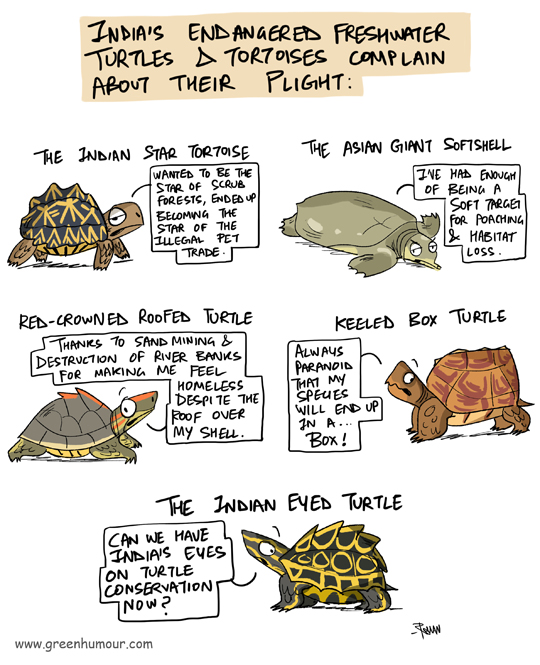 Turtles and tortoises are some of the most fascinating reptiles, and yet both poorly understood and the most endangered. India's inland species particularly are among the most neglected reptiles, that face numerous threats like poaching, illegal capture for pet trade, habitat loss, deforestation, sand mining, dredging and water pollution. Of the 29 species found in India, 26 are classified under various threatened categories on IUCN's Red List. With World Turtle Day around the corner, 5 such species complain about their plight, in this comic from my column with The Hindu.