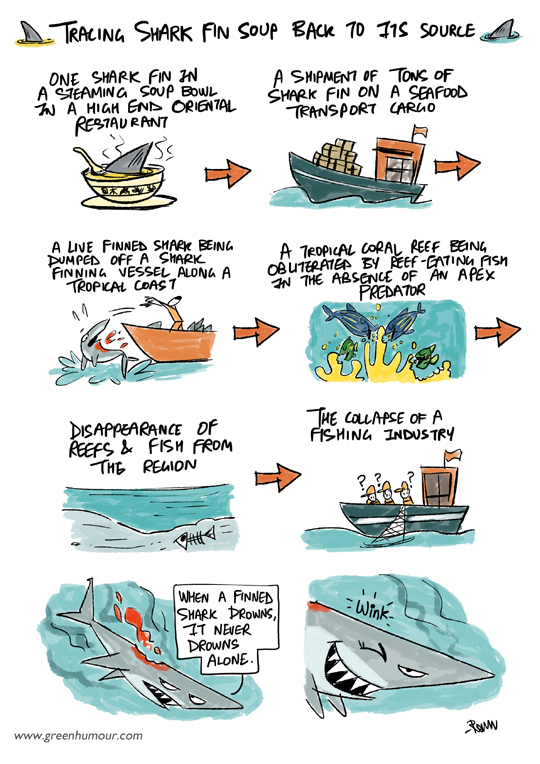 Last month, a shipment of 28 tons of shark fin was seized in Hong Kong, setting a new world record for shark fin trade. This came from 38500 sharks from the endangered thresher and silky sharks, and was traced all the way back to the Ecuador. This goes on to show how ineffective bans and regulations can be when there is a lack of enforcement. Although unlicensed trade of shark fin is illegal in Hong Kong, trade with a license and consumption are not, making it the world's largest consumer of shark fin (followed by China, Singapore and Malaysia).

Comic from my column with Sunday Mid-Day.
Posted by Rohan Chakravarty at 07:37