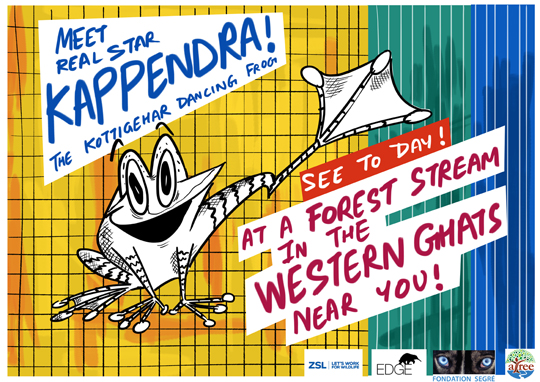 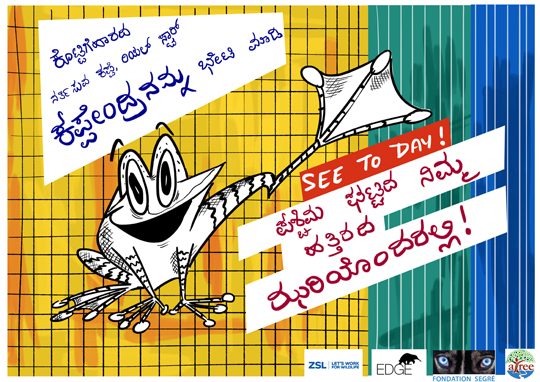 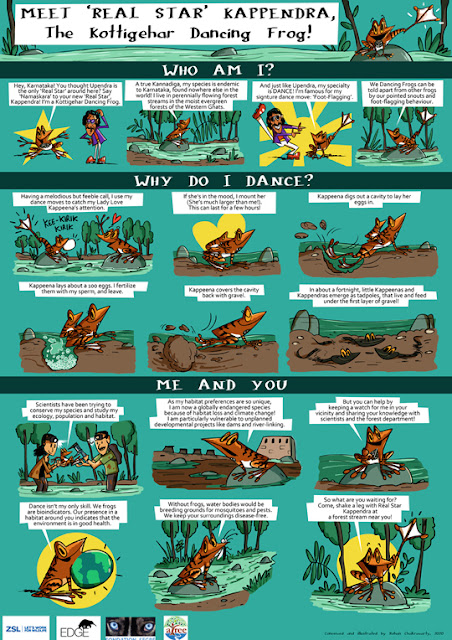 An infographic done for ATREE PhD scholar and EDGE fellow Madhushri Mudke's study species, the endemic and endangered Kottigehar Dancing Frog. Found only in Karnataka's Western Ghats, the frog we have nicknamed 'Kappendra' can be seen having a dance-off with Kannada superstar Upendra in our infographic. A few 'teasers' that pay homage to the hand-drawn film poposters of Kannada cinema have also been designed in order to popularize the species in its home state. The infographic too will be translated to Kannada soon.
A big thanks to Madhushri for commissioning me for the project, and for taking me along to actually see the frog in its habitat. The infographic appears along with an article I wrote (my first!) on the Kottigehar Dancing Frog with Madhushri for Roundglass Sustain here. Thanks also to wildlife filmmaker Sugandhi Gadadhar for helping us with the Kannada translation of the teaser.
Read the split panels from the infographic below: 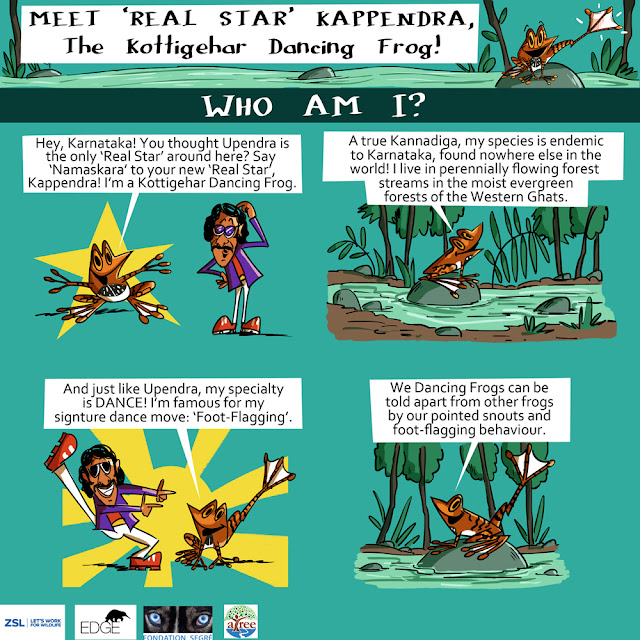 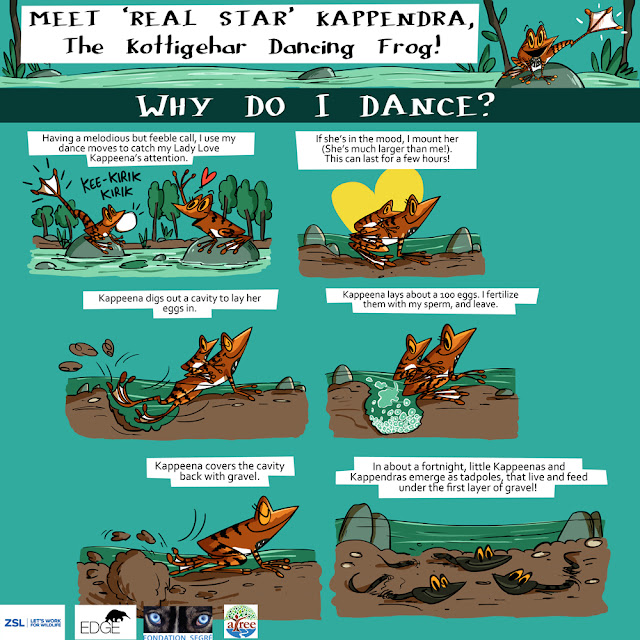 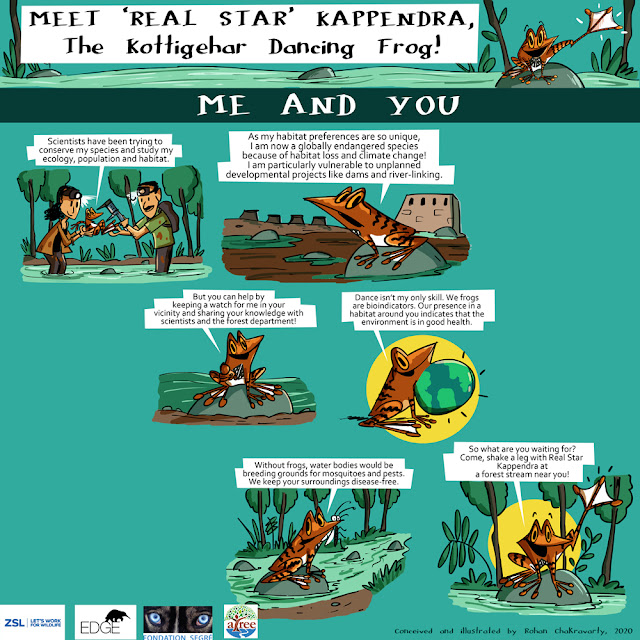 Posted by Rohan Chakravarty at 09:02