Urban Biodiversity Map of Nagpur - The Tiger Capital of the World 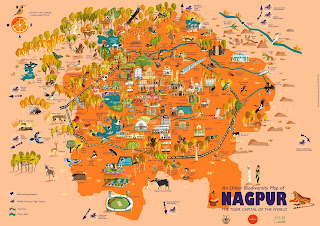 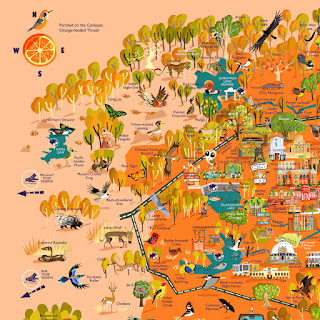 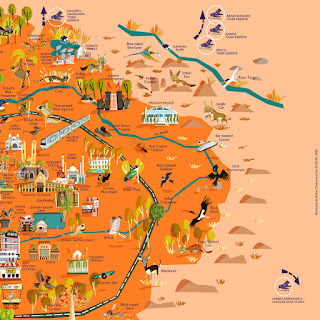 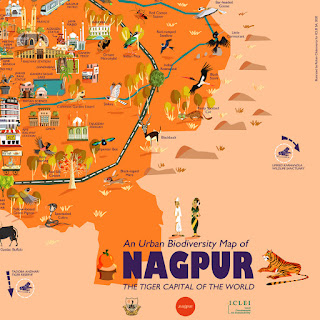 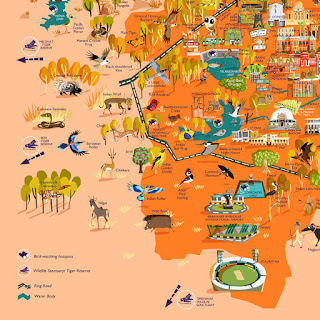 (Click on the images for a larger preview)
Being surrounded by tiger reserves, Nagpur has been popularly tagged the Tiger Capital of the World, owing to its record of having the most number of tigers within a 100 km radius for any city. But biodiversity within the city itself is exceptionally rich, and often neglected. Being the geographic centre of India, the city's lakes serve as spots for wintering, refueling and passage for several species of migratory waterfowl. Nagpur's scrub forests and dry deciduous landscape, which have been relatively undisturbed until recently, have ensured that the city peacefully coexists with mammals like leopards, pangolins, civets, wolves and even the rare Rusty Spotted Cat, existing well within its boundaries! Green pockets within the city offer refuge to a myriad insects, spiders and birds, hosting migrants all the way from Europe and Northern Asia, such as the Syke's Warbler and Rosy Starlings!
The map was commissioned by ICLEI South Asia and has just been released at the Nagpur Municipal Corporation office. Thanks to ICLEI for giving me the opportunity to draw my hometown. A special thanks to Tarique and Swati Sani, who have for years taken up the daunting task of documenting and curating the city's birdlife on their website Nagpurbirds.org, which is now merged with Bird Count India. A high resolution preview of the map is here, which will soon be up at some important public places in the city.
Posted by Rohan Chakravarty at 08:48