The Antarctic Peninsula : Illustration for Save Our Seas Foundation 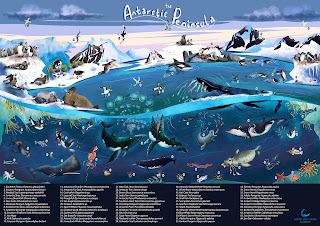 (click on the image for a larger view)
Commonly perceived as uninhabitable and desolate, the Antarctic Peninsula is actually teeming with south polar wildlife, most of which is threatened by climate change today. A unique ecosystem where all food is derived from the sea, the biome harbours creatures as tiny as krill (that form the core of the food web) and as large as the Blue Whale! The terrestrial wildlife of the Antarctic Peninsula is no less splendorous, with five species of penguin, and seal diversity that ranges from the penguin-hunting Leopard Seals, to the gigantic Southern Elephant Seals that can dive upto 1550m to hunt squids! The illustration focuses on how life in Antarctica revolves around krill: Humpback Whales bubble net them, Blue Whales lunge-feed on them, Crabeater Seals have evolved specialized dentitions to hunt them, penguins dive after them, and storm petrels skim the sea surface with their feet in search of them! And if you're wondering why the ice at the penguin colonies looks pink, that too is from the colour that a krill based diet imparts to their poop!
A huge thanks to Save Our Seas Foundation for this once-in-a-lifetime opportunity to illustrate Antarctica in conjunction with scientists from Penguin Watch working in the region. The illustration will soon be auctioned to Antarctic tour ships to raise money for conservation efforts by SOSF and Penguin Watch. Read the article on the Antarctic Peninsula on their website here. 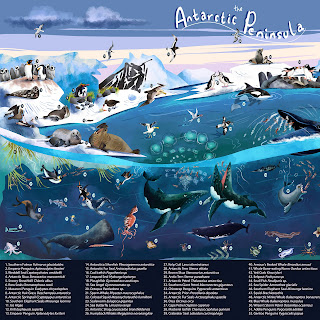 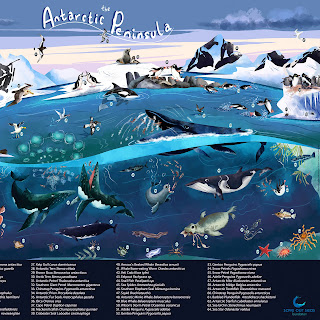 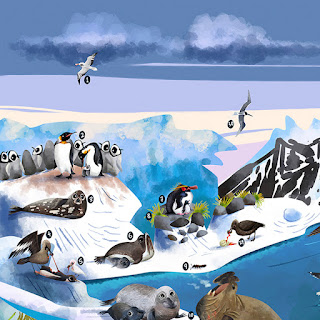 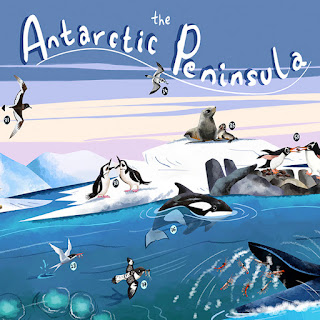 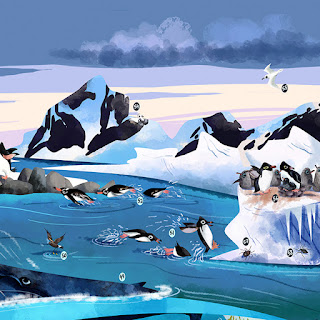 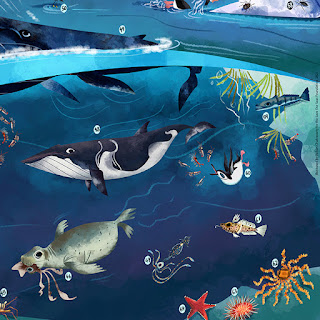 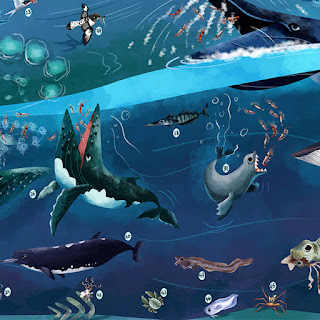 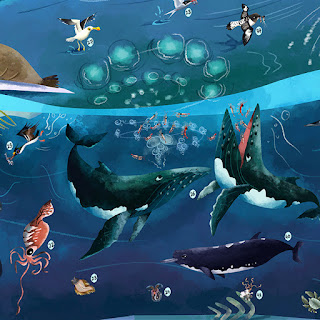 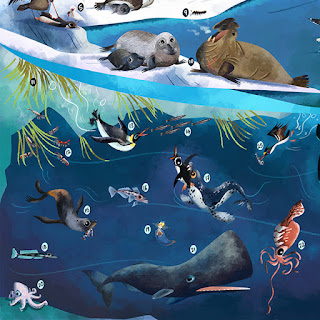 Posted by Rohan Chakravarty at 08:41