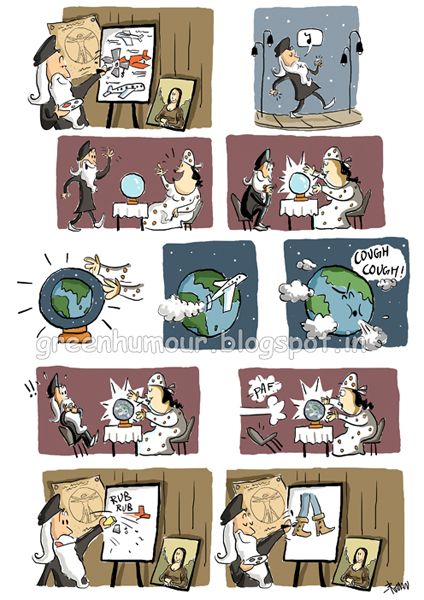 I wonder what the great da Vinci would've done had he foreseen the future effects of his aircraft designs.

Posted by Rohan Chakravarty at 22:35