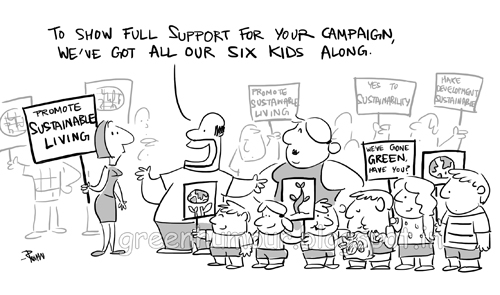 According to projections, the world population will continue to grow until at least 2050, with the population reaching 9 billion in 2040,and some predictions putting the population in 2050 as high as 11 billion. These numbers make it obvious that the effects of overpopulation on the environment will get even more pronounced in the coming years, such as depletion of natural resources, inadequacy of fresh water, increased levels of air pollution, water pollution, soil contamination and noise pollution; deforestation and loss of ecosystems, loss of arable land, global warming owing to increasing emissions, and mass species extinctions.
To everyone who has or is planning to participate in populating the planet- Happy Population Day.