I've been doing some bird caricatures in my free time, inspired by the amazing Brendan Wenzel (http://brendanwenzel.info/) who is among my favourite wildlife artists. Here are some of these. I'll be posting compilations as well very soon, so stay tuned. Prints are available in A3 and A4 sizes and can be ordered by emailing me. 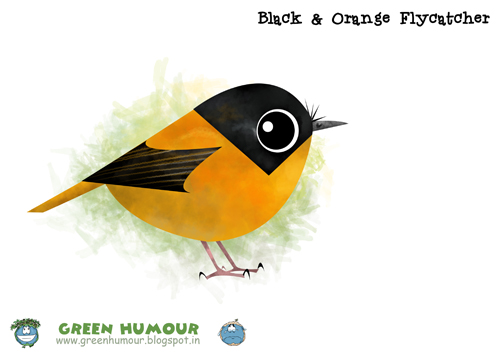 The Black and Orange Flycatcher is one of the prettiest Western Ghat endemics. Listed as 'Near Threatened' by the IUCN, it is a birder's favourite owing to its vividly coloured plumage, plumpish and endearing appearance. It generally prefers to hunt closer to the ground, catching insects in flight. 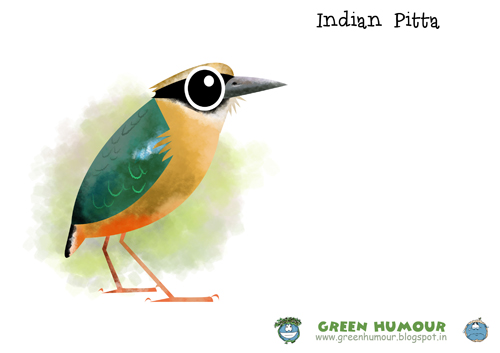 The Indian Pitta is a strikingly coloured medium-sized passerine that breeds in the sub-Himalayas and winters in the peninsula. The name comes from the Telugu word, pitta, meaning 'small bird'. It prefers the undergrowth but its loud 'wheeeet-teeu' call gives it away. 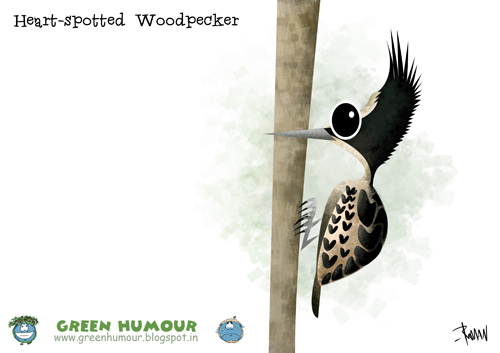 The Heart-spotted Woodpecker occurs both in the Himalayas and in the South-west. Its stubby body and a large, wedge-shaped head make for a delightful build and the heart-shaped spots on its wings make the female birder (and possibly even its own kind) go week in her knees! 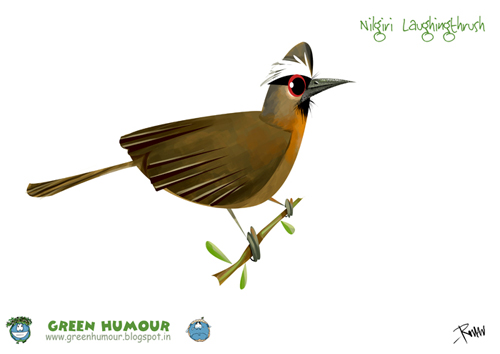 The Nilgiri Laughingthrush is an endangered endemic of the Western Ghats. Being the 350th species I've recorded in 7 years of birding (that's a very slow count, I know, but I hope to keep increasing it steadily) spotting one near Ooty in the Nilgiris was very special. It is usually seen along the forest fringes in pairs or groups, where it forages for berries, nectar and insects. 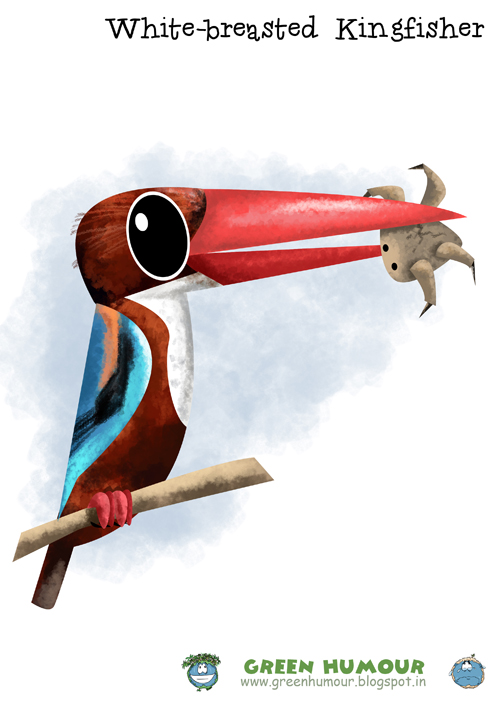 The White-throated Kingfisher is one of the commonest kingfishers in India and possibly the least dependent on water among all species in the sub-continent. A daring hunter, it kills everything from larhe insects to crabs, frohgs to lizards, small birds to even snakes and rodents! 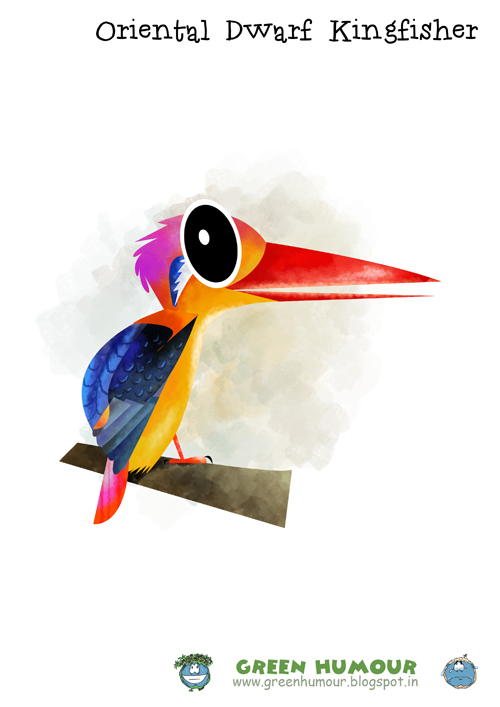 The OrientalDwarf Kingfisher or the Three-toed Kingfisher is the one of the smallest kingfishers in India and also one of the most colourful birds in the world! An inhabitant of small streams and a lover of densely shaded areas, it is endemic across much of the subcontinent.