World Sparrow Day is being celebrated on 20th March this year. Here's a compilation of caricatures of sparrow species from India to mark the occasion- 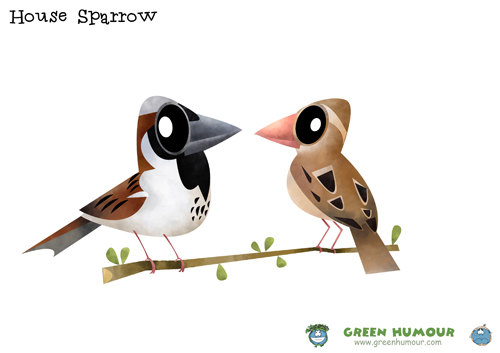 Our commonest species, and also one of the most widespread birds in the world, House Sparrows have been declining in numbers in recent times because of several factors such as loss of nesting sites, modern architecture, a reduction in feeding opportunities and the effects of electromagnetic radiation. This has prompted several conservation efforts and events such as Sparrow Day. 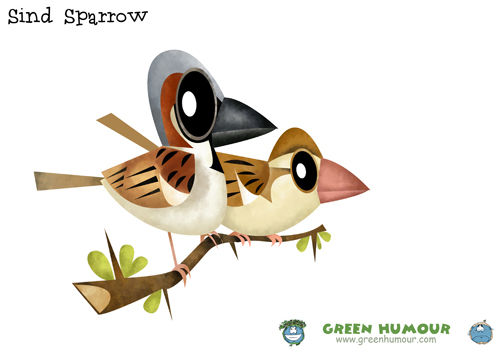 The Sind Sparrow is a similar looking passerine that breeds in and around the Indus Valley. The extensive grey on both the crown and the nape of the male separates it from the male House Sparrow. 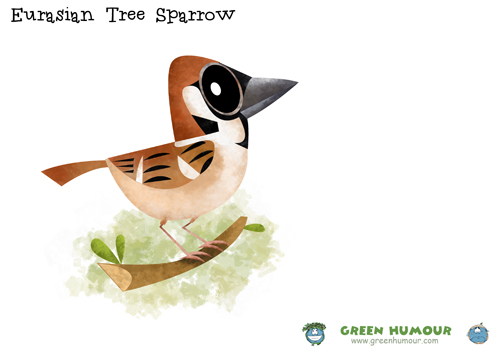 The Eurasian Tree Sparrow differs from other sparrows described here in having no plumage differences between the sexes. The rich chestnut nape and crown and the black patch on the neck separate it from the other species. It is an inhabitant of the Himalayan foothills. 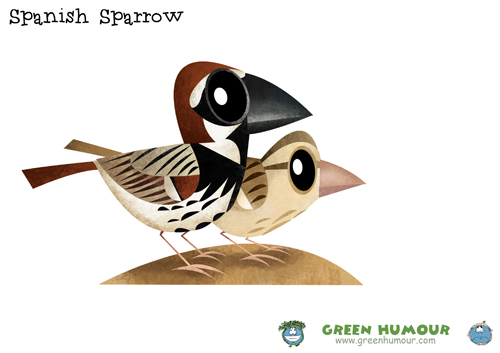 Closely related to the House Sparrow, the Spanish Sparrow is common in the Mediterranean region where it hybridizes with the former, and in Central and South-west Asia. The male is dark and boldly streaked, and the female is separated from her counterparts by the streaks on her breast. 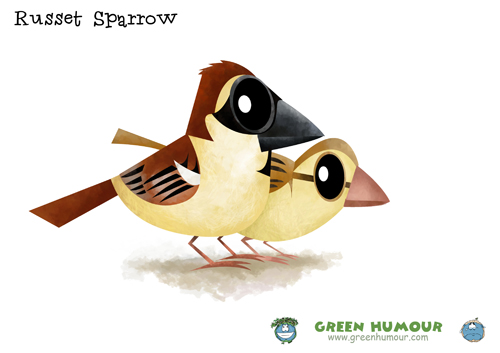 The Russet Sparrow is the Himalayan equivalent of the House Sparrow. It has a rich rufous and yellow plumage and breeds along terrace cultivations in the Himalayan foothills. 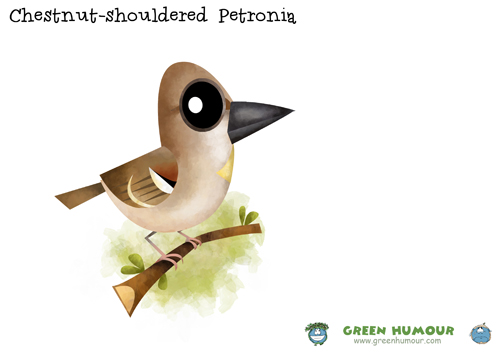 Formerly known as the Yellow-throated Sparrow or Salim Ali's Sparrow, this bird is famous for triggering Dr. Salim Ali's interest in the world of birds and inspiring his switch from shooting to studying birds. It is a common species around villages of peninsular India and prefers scrubs and forest fringes, where large flocks can be seen feeding on fruits and flowering trees. 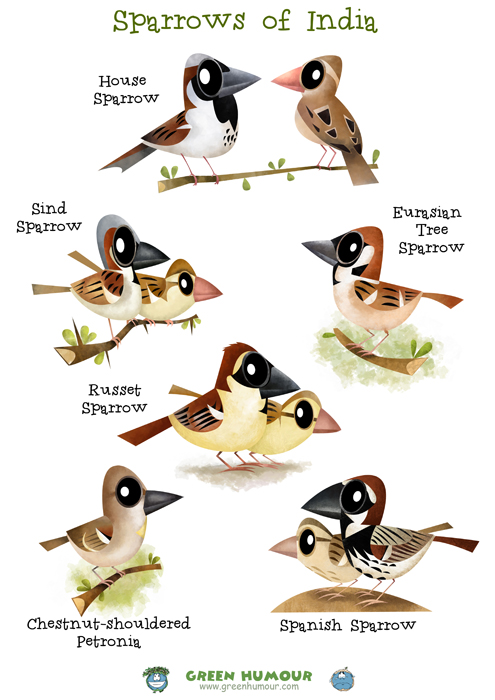 The compilation or even individual posters can be ordered by mailing me at rohanchakcartoonist@gmail.com. Also, there's a whole range of sparrow merchandise as listed below-

For orders outside of India, visit my Redbubble Store.
Posted by Rohan Chakravarty at 07:18