The Wildlife Map of Maharashtra 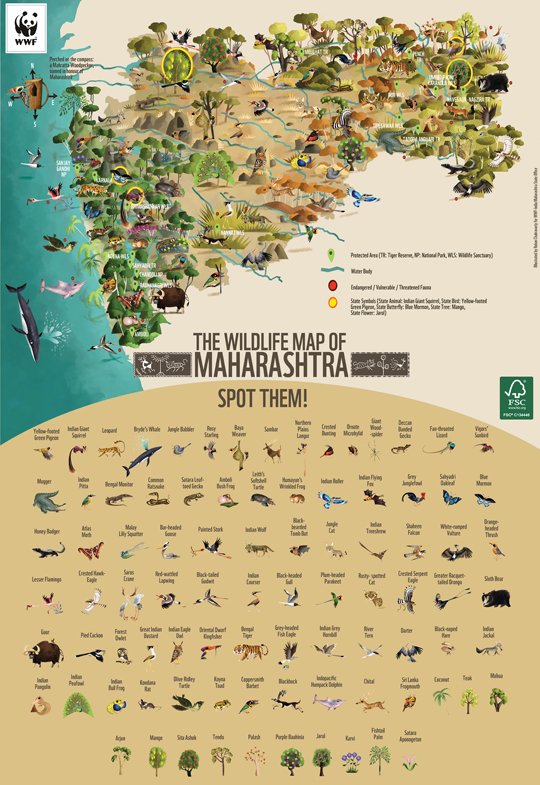 Maharashtra's geography is as complex and intriguing as its animals. From the Western Ghats in the west home to a myriad endemic frogs, geckoes and birds, to the dry deciduous forests of the east home to a majority of India's tigers and the critically endangered Forest Olwet, Maharashtra has a staggering biodiversity. The state finds its state symbols in the Indian Giant Squirrel or Shekru (in Marathi), the Yellow-footed Green Pigeon (Hariyal in Marathi), the Blue Mormon butterfly, the Jarul flower and the Mango tree. Some of its true wonders are species that are found only in the Sahyadris such as the Amboli Bush Frog, the Koyna Toad, the Vigors' Sunbird and numerous varieties of hill flowers such as Karvi and the Satara Aponogeton. But possibly the biggest surprise of all is a mammal that's only found here and nowhere else in the world- the Kondana Rat, endemic to Pune's Sinhagadh!

A big thanks to WWF Maharashtra (Ms. Vaibhavi Shitut Amle, Ms. Caroline Pais, Ms. Farmeen Mistry) for commissioning the project and for giving me a chance to draw my home state! Thanks also to Dr. Parvish Pandya for reviewing the project and to marine biologist Abhishek Jamalabad for his valuable inputs. The map will soon be used in campaigns at schools associated with WWF India. 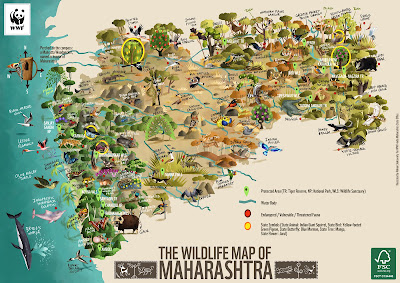 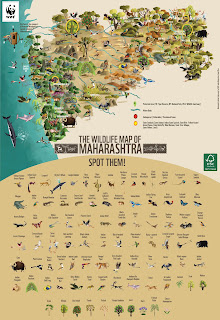 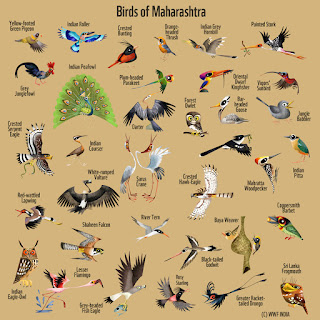 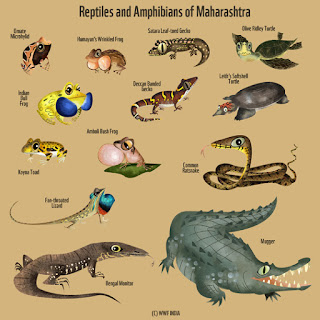 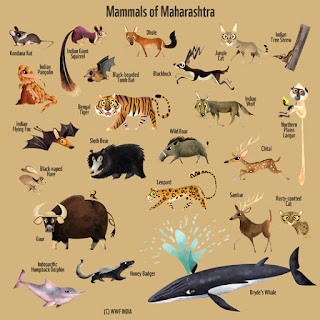 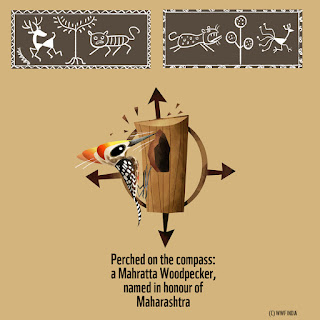 Posted by Rohan Chakravarty at 20:31