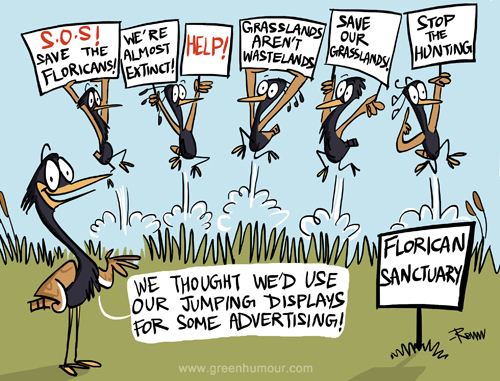 Here are the caricatures of these two majestic birds- 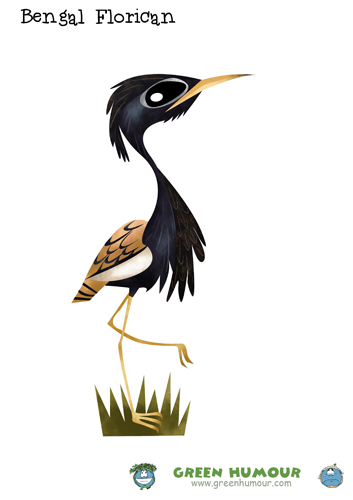 The male Bengal Florican lacks the elongated plumes of the Lesser Florican, instead sporting a crest and neck plumes. The female is dull brown. 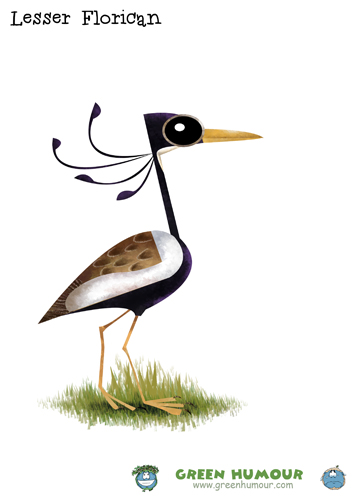 The male Lesser Florican is distinguished by his elongated plumes and white throat, while the female is dull brown.

Floricans are among the rarest birds in India, with their habitats severely fragmented, and among the most high-priority species from a conservation perspective.

The caricatures are available as prints that can be ordered by mailing me.

Posted by Rohan Chakravarty at 07:50