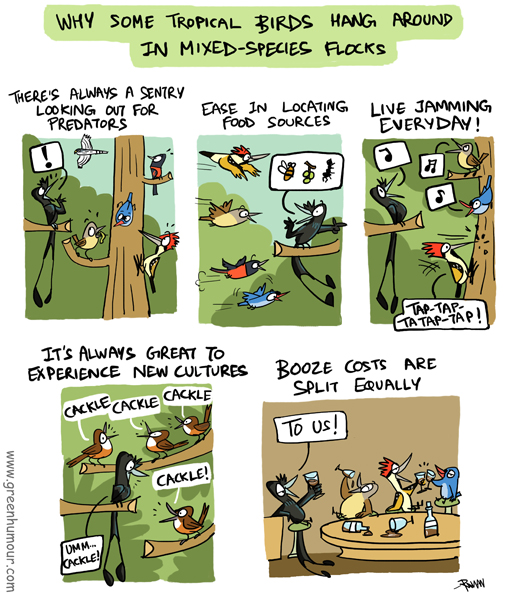 Ever wondered why birds form mixed species flocks? Here's a comic that proposes some of my own theories!

The Greater Racket-tailed Drongo, a great mimic of other birds, is often responsible for initiating the formation of mixed species flocks. The latest mixed species flock I have encountered was in Pakke Tiger Reserve in NE India, formed by Silver-eared Mesias, Blue-winged Minlas, Striped Tit Babblers, Rufous-capped Babblers and White-throated Fantails, all supervised by a Racket-tailed Drongo!

The comic appears in my column with Mid-Day.

Posted by Rohan Chakravarty at 08:01