The Magnolia and the Molinillo 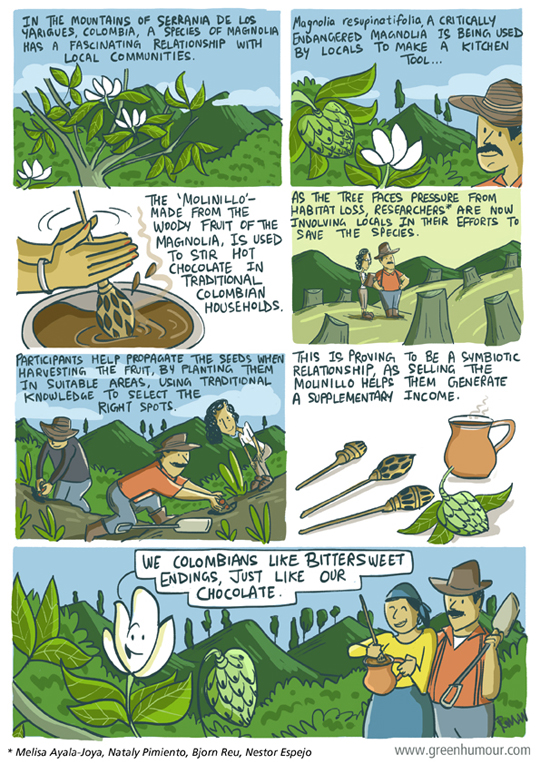 I recently had the opportunity to speak at the ATBC 2018 held in Kuching, where I met and interacted with biologists from around the world. One of them whose work really caught my attention was Ms. Melisa Ayala Joya from Colombia. Currently an Erasmus fellow pursuing her Masters, Melisa, a botanist, has worked extensively with local communities in Colombia on issues like land restoration and management of soil erosion. The research paper that she presented at the ATBC described one such exemplary initiative.

Magnolia resupinatifolia is a critically endangered species of Magnolia endemic to Colombia, and has recently been described by Melisa and her team to science. Locals have been using the fruit of this species to make the 'Molinillo'- a kitchen tool used to stir hot chocolate. This comic, based on Melisa's campaign, speaks about this relationship between the people and the tree, and how the community is helping disperse and save the species from extinction, while reaping a few benefits from it for themselves. This mutually beneficial model if analyzed and planned, can very well be applied around the world!

The comic appears on my Gocomics page today. A big thanks to the lovely Melisa for collaborating me on this, and for guiding me through the comic. Thanks also to Zoraida Calle of the CIPAV Ecological Restoration Group for her comments and review. We've also created a Spanish version of the comic, translated by Zoraida and Melisa- my first comic in Spanish! 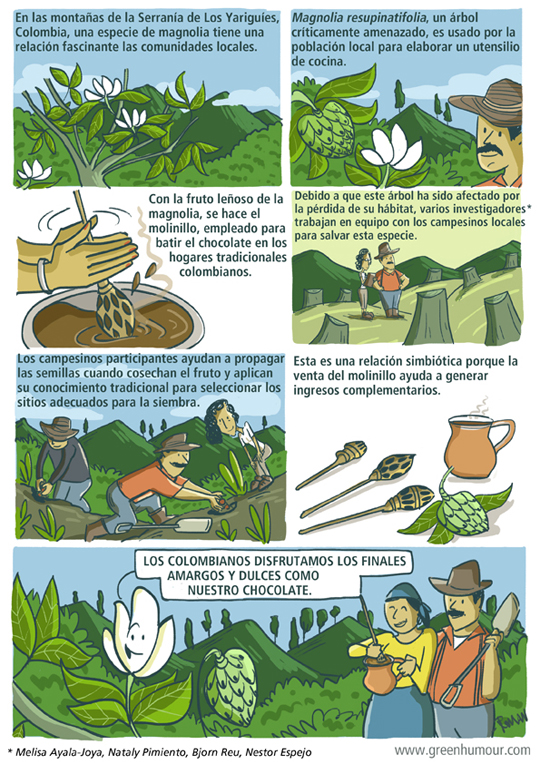 Posted by Rohan Chakravarty at 11:40