Rhinos of the World 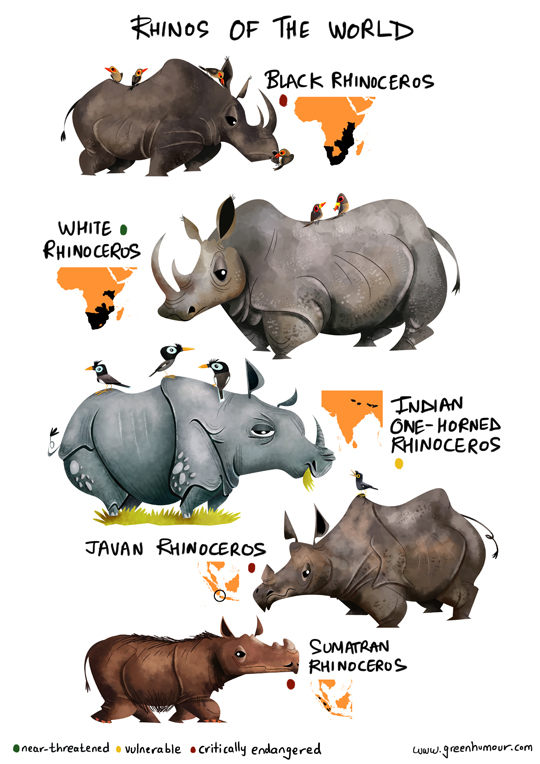 Rhinoceroses, despite being among the world's most loved large herbivores, are also among the world's most endangered. While brutal and indiscriminate poaching for their horns has been the single biggest threat to their existence, habitat loss too has played its part. 5 extant species; two in Africa and 3 in Asia survive today on the very brink of extinction. Africa's White or Square-lipped Rhino is the world's largest rhinoceros, while the Sumatran Rhino the smallest (and hairiest!). Three species, the Black, Javan and Sumatran Rhinos are critically endangered, while several subspecies are either critically endangered or already functionally or regionally extinct (e.g. Bornean Rhinoceros, Northern White Rhinoceros, Chittagong Rhinoceros).

Prints of the poster are available on my webstore here.

Posted by Rohan Chakravarty at 19:14