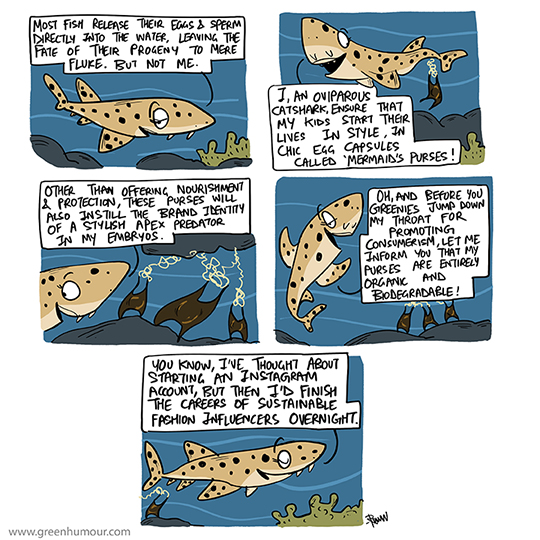 I've just returned from a field visit to Cape Town, where I was shown my first 'Mermaid's Purse' (among many other fascinating marine things, by Craig Foster, the human protagonist of the Oscar winning documentary My Octopus Teacher! Here's a comic from my column with The Hindu Sunday Magazine, about this fascinating phenomenon of nature, an egg capsule that viviparous sharks, rays and skates produce to ensure a safe future for their offsprings!
I'm also sharing a picture of the mermaid's purse I stumbled upon, which I was told belonged to a Dark Shyshark! 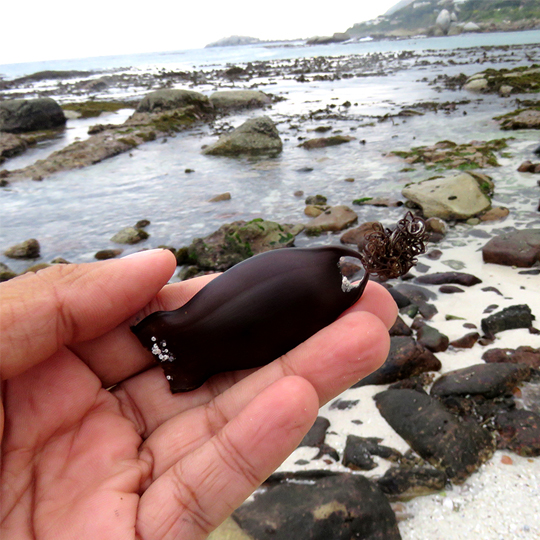 Posted by Rohan Chakravarty at 10:56