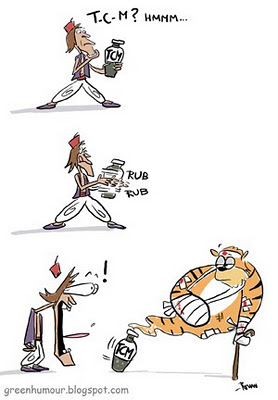 Traditional Chinese Medicine is based on erroneous facts such as tiger bones having cancer curing properties, rhino horns being aphrodisiacs, and several others. While tigers and rhinos have suffered the most, recent victims have been lesser animals such as pangolins and tokay geckos. There have even been reports of lions being killed in Africa to supply bones to TCM makers, in the dearth of tigers. It is high time that international bans are imposed on TCMs, which will be a significant and positive step to the protection of several endangered animals across the world.