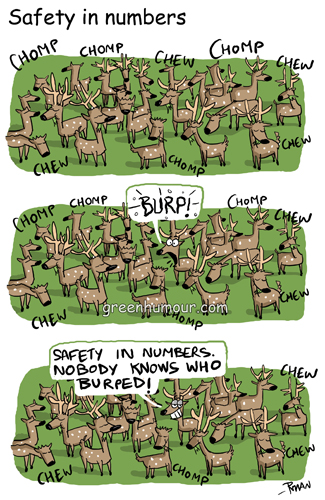 Safety in numbers is a protective measure adopted by many animals for surviving in the harsh natural world. It is best seen in herds of herbivores such as deer and antelope. These creatures feed and roam about in large herds, and when one eats, the other is vigilant about predators. This phenomenon also helps the animals to trick predators, as choosing a specific target from a large herd often becomes very difficult.

This work is licensed under a Creative Commons Attribution-Noncommercial-No Derivative Works 2.5 India License.
Posted by Rohan Chakravarty at 00:02