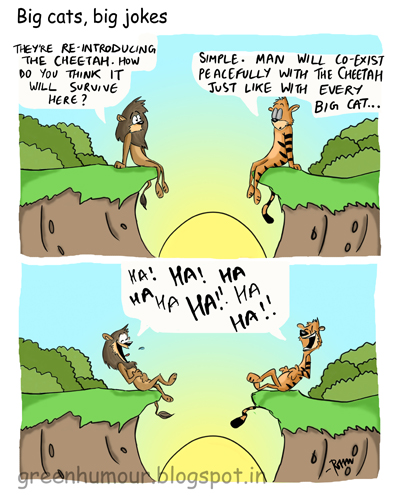 While India's big cats continue to suffer from habitat loss and poaching, there have been plans by the government to re-introduce cheetahs in the grasslands of Western and central India. Does India have the room, resources and the skill to host another beautiful big cat when all its other species are already fighting a losing battle? Also, the continuous decline in the numbers of the Great Indian Bustard, a critically endangered grassland bird proves that grassland conservation has always taken a back seat in India's conservation strategies.
Here's my take on the cheetah introduction issue.

This work is licensed under a Creative Commons Attribution-Noncommercial-No Derivative Works 2.5 India License.
Posted by Rohan Chakravarty at 22:46