One for the Macaque 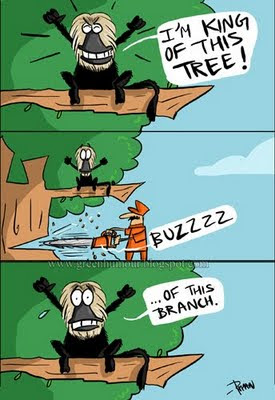 The Lion-tailed Macaque (Macaca silenus) is an endangered species of macaque endemic to the southern part of the Western Ghats. The tail of this monkey has a black tuft at its end, similar to that of the lion, and that is how it gets the name. Lion-tailed Macaques are classified as endangered by the IUCN, and it ranks among the rarest and most threatened primates, with just around 3000 living in parts of Kerala. Deforestation is pushing the animal and the entire ecology of the ghats to the brink of extinction.

This work is licensed under a Creative Commons Attribution-Noncommercial-No Derivative Works 2.5 India License.
Posted by Rohan Chakravarty at 01:44