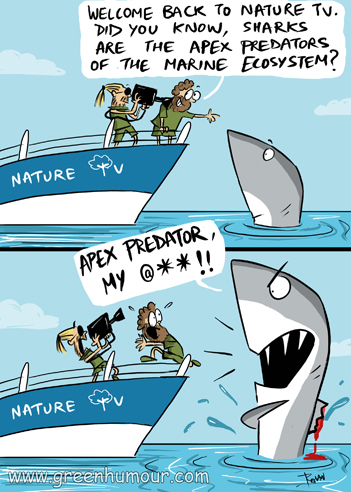 Sharks are illegally hunted for food and tortured brutally, with their fins chopped off and their bodies thrown back into the ocean. Without its fins, the shark is unable to swim, let alone hunt, and drowns and starves to death. This brutal practice is prevalent in most oriental countries, and over the years, there have been several reports of finning being practised along Indian coasts.

It is the Shark Week but the food network is celebrating it with shark recipes! Raise your voice against these shameful proceedings; please sign the petition here at http://www.change.org/petitions/food-network-stop-featuring-shark-as-food?utm_source=action_alert&utm_medium=email&alert_id=wJVKGJawHJ_BTyaWairNU