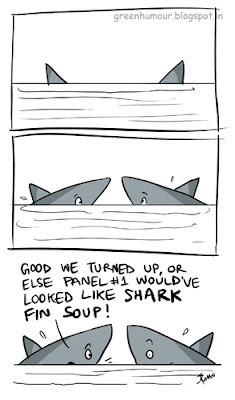 Demand for shark fin soup continues to rise and shark populations across the world continue to be decimated. A soup that originated in Ming China, it uses shark fins indiscriminately as the fin only provides texture to the soup while the taste comes from other ingredients. This luxury item in Chinese culture is promoting the cruel practice of shark finning in which fins are chopped off live sharks and the rest of its body is thrown back into the sea, rendered unable to swim or hunt.