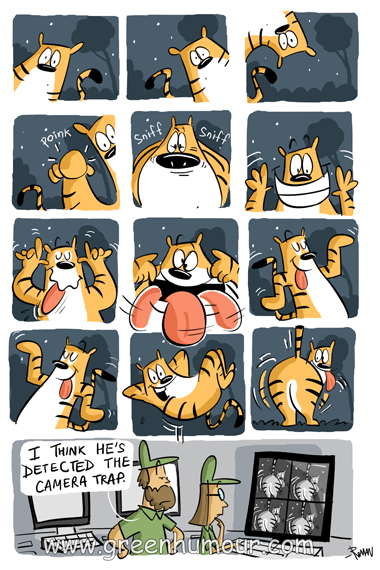 Camera traps have proved invaluable in conservation. Although they were initially developed for hunting, camera traps are fast replacing traditional and often unreliable methods of wildlife monitoring. Trail cameras have an obvious advantage over invasive methods like capturing of animals, operate continually and silently and yeild accurate data. These cameras have revealed the presence of several animals in areas where they were not known to exist, or presumed locally extinct. Live and real time monitoring of bird nests has also been made possible owing to this device. Although some animals like tigers that are scared of the camera flash may avoid or even destroy camera traps, alternative light sources such as infrared light have been used effectively, which are usually not detectable by birds and mammals.

This comic appeared in the October issue of Tinkle Digest. And do you see the watermark? Yes, I'm now greenhumour.com! :) 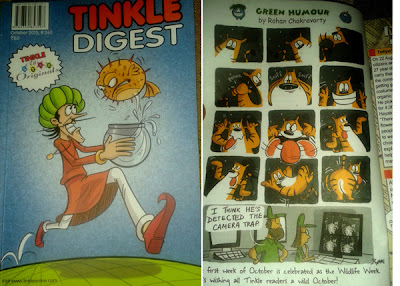