Why are grasslands important? 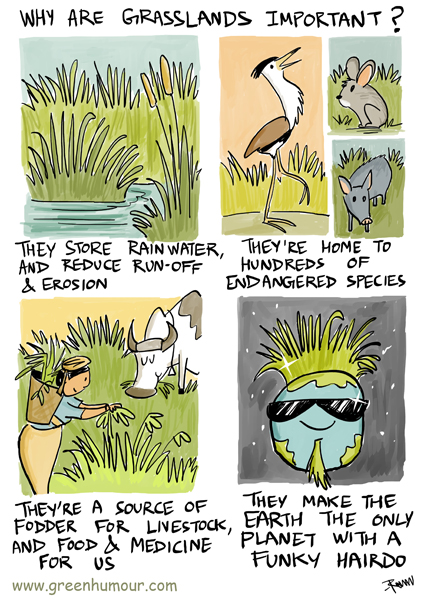 A comic about the importance of grasslands that appeared in my fortnightly with The Hindu BLink earlier this month. I also released a print of it at my second solo exhibition in Hyderabad last week.

If you're wondering what the animals in the second frame are- they're the Great Indian Bustard, the Hispid Hare and the Pygmy Hog- all grassland dependent, critically endangered species.

Posted by Rohan Chakravarty at 20:25