The Flame of the Forest 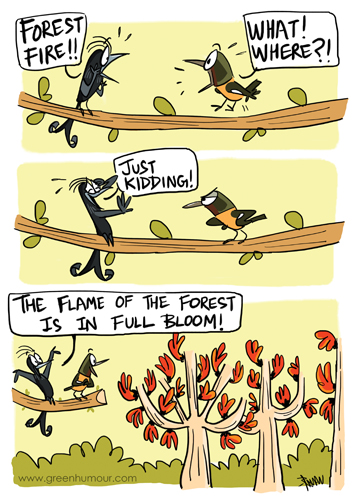 The advent of spring in India means the blooming of the Palash (Butea monosperma). Its bright red flowers earn it the nickname 'Flame of the Forest' and attract several 'nectaroholics' such as the drongos and starlings (as in the comic), among others. Did you know that the town of Plashi where the Battle of Plassey was fought, is named after this tree? (Thanks to Mr. Bikram Grewal for the trivia!)

The comic appears in my column with The Hindu BL-ink this weekend.

Posted by Rohan Chakravarty at 06:37