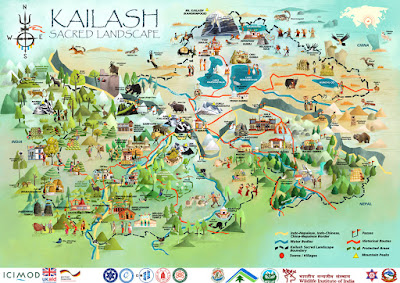 The Kailash Sacred Landscape is distributed across three countries- India, Nepal and China; and is not only an important religious site, but also a haven for alpine and trans-Himalayan wildlife. The apex of the region is Mount Kailash (called Gang Rinpoche in Tibet), a Tibetan mountain sacred to five religions- the Hindus, Buddhists, Bons, Sikhs and Jains. Several important wildlife sanctuaries and biodiversity hotspots lie within the region, such as the Api Nampa Conservation Area in the Far-Western Developmental Region of Nepal, and the Askot Musk Der Sanctuary in Kumaon, Uttarakhand in India.

The map was illustrated for ICIMOD's Kailash Sacred Landscape Conservation and Development Initiative (KSLCDI), that aims at ecosystem conservation and strengthening trans-boundary co-operation by working with local communities. Research for my project took me trekking along the western Indo-Nepalese border, to ICIMOD's field sites in some of the most scenic and remote locations that I never knew of, such as Askot, the villages of Himkhola, Nakot and Jajurali; and witnessing some of the most majestic Himalayan wildlife such as Bearded Vultures, Himalayan Griffons, Gorals and Leopard Cats! The map aims to present the fauna and the various communities of the region as a single, inter-dependent unit, and to create an at-a-glance reference of all important elements- parks, mountains, pilgrimage sites and passes that comprise the region. Here are some previews from the map- 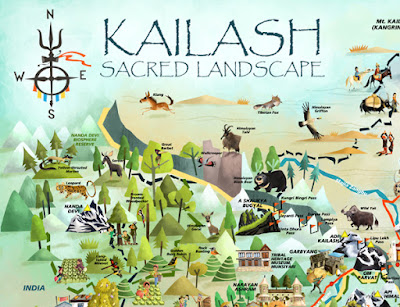 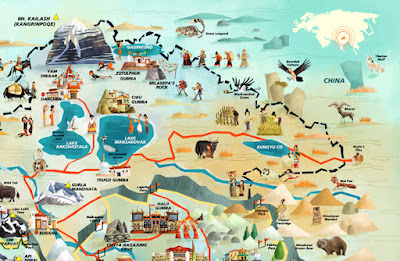 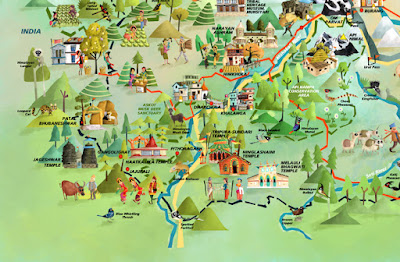 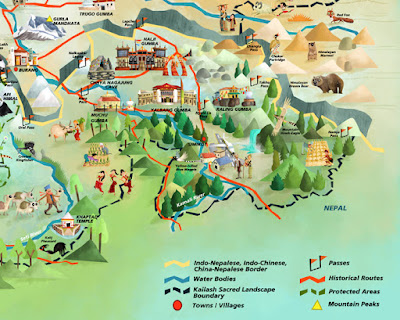 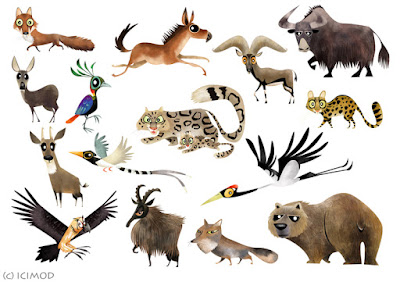 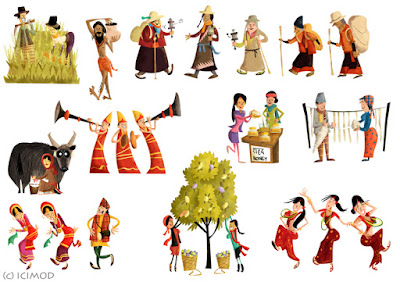 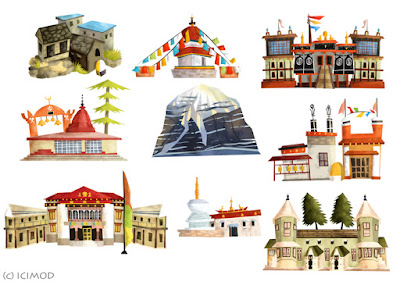 Some important sites in KSL- the town of Grabyang, the Yam Dwaar, the Halji Gumba, Haatkalika Temple, Mount Kailash, the town of Darchen, the Yalbang Gumba, the Trugo Gumba and Narayan Ashram.

The project is my first trans-boundary illustration! A big thanks to ICIMOD's fantastic team at Kathmandu for commissioning me for this, and assisting me with timely references and information throughout the project; and to my friend Sumit Arya, a bird scientist at the WII studying population densities of Himalayan birds, for taking me around in Kumaon.

(Copyrights to all images in the post belong to ICIMOD)

Posted by Rohan Chakravarty at 08:51