The Wildlife Map of Bhutan 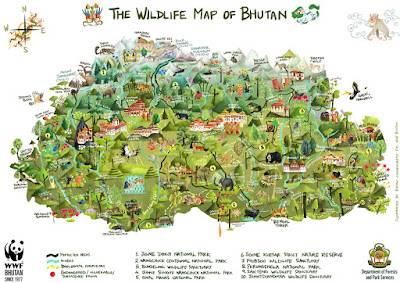 Last year, I travelled through the most beautiful country in the world, gathering references for my second wildlife map of a country after India. Here's The Wildlife Map of Bhutan, commissioned by WWF Bhutan! 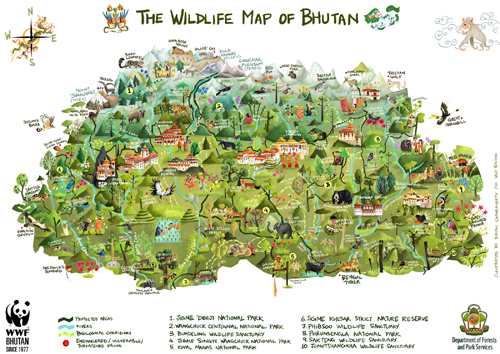 Bhutan's rich natural heritage stems from the fact that 72% of its land is under forest cover! This is no ordinary feat. In addition to this, Bhutan is also a record holder for being the world's first carbon- negative country! 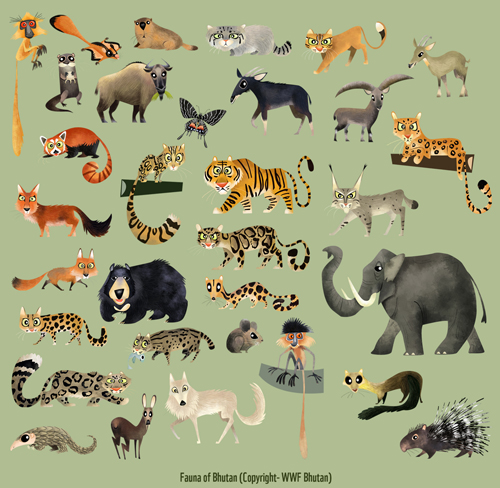 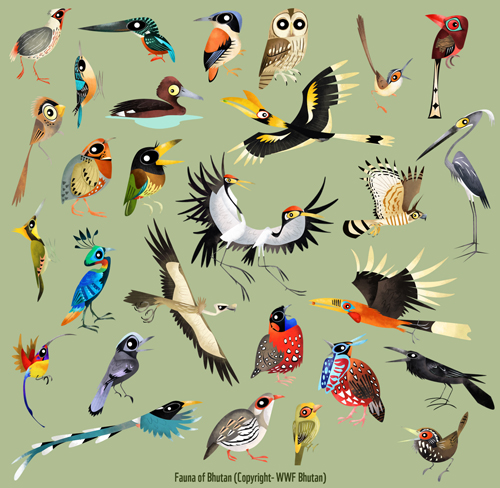 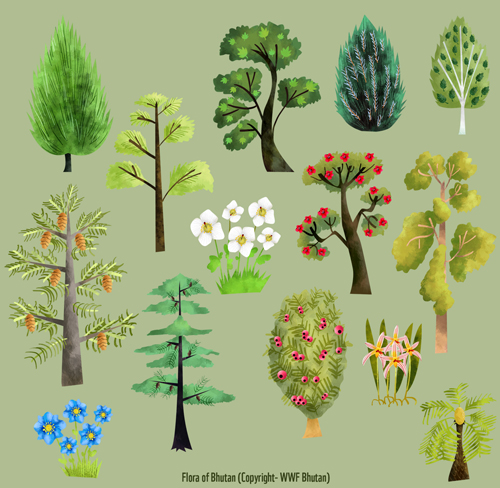 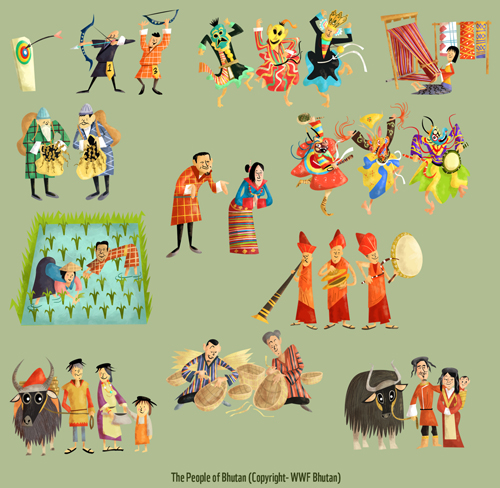 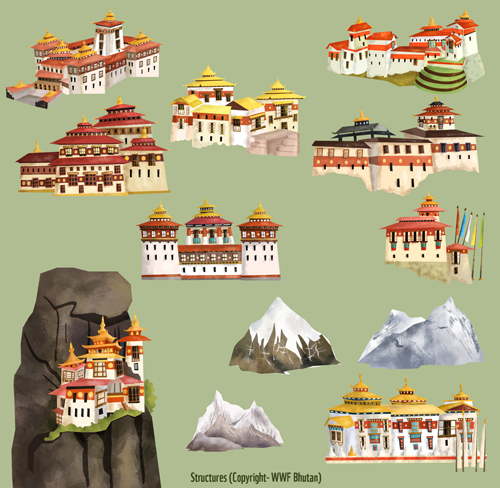 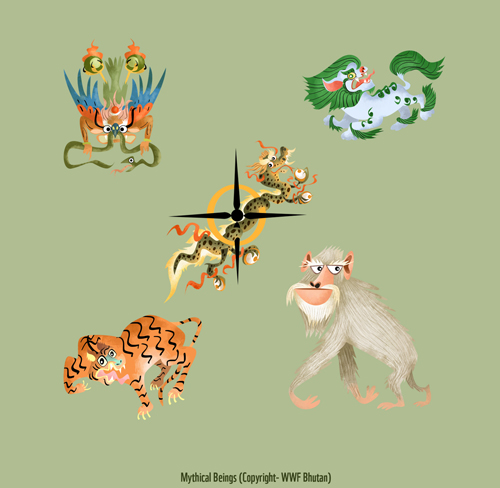 A high resolution file of the map can be downloaded from the WWF Bhutan website. A huge thanks to the amazing team at WWF Bhutan, for hosting me in Bhutan and for making the project possible! To celebrate Prince Jigme Namgyel Wangchuk's first birthday, WWF Bhutan and Prime Minister Mr. Tshering Tobgay unveiled the artwork on the 5th of February- 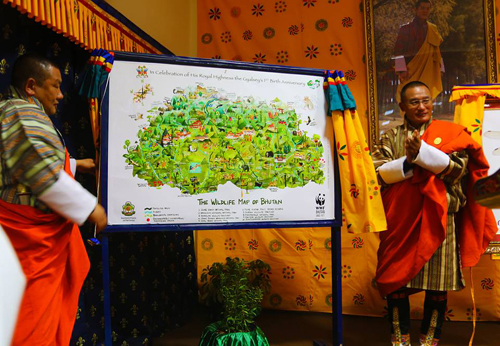 (All copyrights to the artwork belong to WWF Bhutan)

Posted by Rohan Chakravarty at 01:47