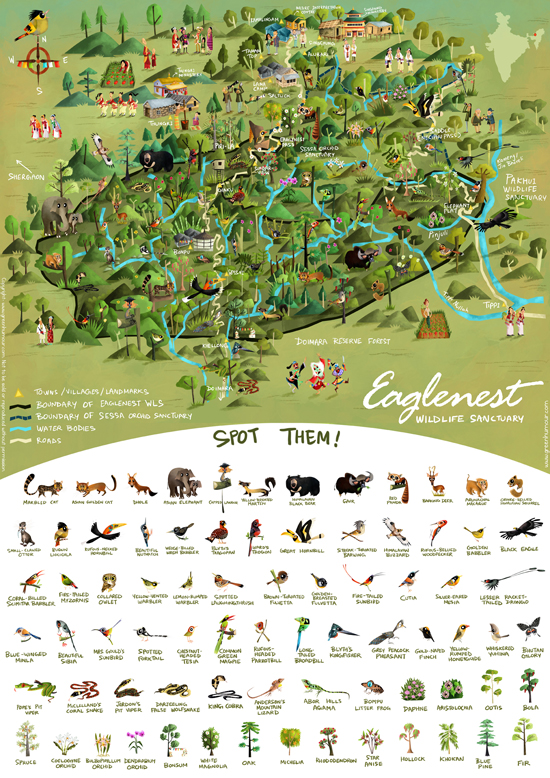 Here's an illustrated map of India's premiere birding destination- Eaglenest Wildlife Sanctuary! Named after the Red Eagle Division of the Indian army, the park is situated in West Kameng, Arunachal Pradesh, and is known the world over for hosting the only known population of the recently described and critically endangered Bugun Liocichla. Eaglenest shot to worldwide fame in 2006, when Dr. Ramana Athreya discovered and described the Bugun Liocichla from Lama Camp in the park. The park is home to over 450 species of birds, the 'big six' being the face of birdwatching in the sanctuary- the Rufous-necked Hornbill, the Beautiful Nuthatch, the Blyth's Tragopan, the Ward's Trogon, the Wedge-billed Babbler and the liocichla itself. Its mammals include the elusive Golden and Marbled Cats, several species of Himalayan squirrels, the Asian Elephant, Dholes, Himalayan Black Bears, Barking Deer, and the Red Panda. Eaglenest's lesser known fauna includes a wide array of rare reptiles, amphibians and insects, including the coveted Ludlow's Bhutan Glory (a swallowtail butterfly species), the Bompu Litter Frog (found only in the Bompu area of Eaglenest), the Anderson's Mountain Lizard, the Abor Hills Agama, the McLelland's Coral Snake, the Darjeeling False Wolf Snake and the Pope's Pit Viper. 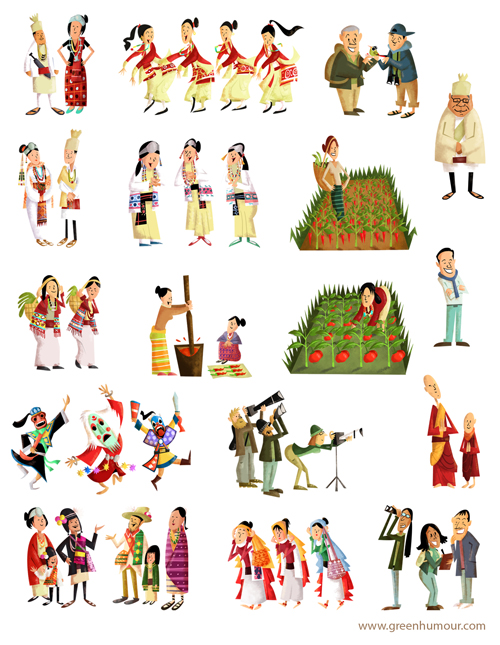 As much colour as the birds bring to the park, so do its people. The two major communities in the region are the Bugun people (after whom the Liocichla is named) and the Shertukpens. Numbering only 2000, the Bugun people are restricted to the region, and speak an endangered language, "Khowa". The park is also famed for being on The Dalai Lama's exile route into India. A Bonsum tree planted by His Holiness in the park in 1959 still stands tall, and features on the illustrated map. For better insights into the lives of communities dwelling around Eaglenest, follow the Eaglenest Memory Project, run by my friend Dr. Nandini Velho.

I travelled to Eaglenest to gather references for the project in December 2016, aided by the dynamic Divisional Forest Officer, Mr. Millo Tasser. The map is soon to be a part of the Nature Interpretation Centre at Ramalingam in Eaglenest, where it will be displayed as posters and prints.

Prints of the map-cum-spotting game are available on my webstore here. For orders within India, see below-

The prints of the map are available in A0 and A1 sizes. The prices, inclusive of shipping within India are as follows-

The orders can be placed by mailing me on rohanchakcartoonist@gmail.com, mentioning the number of prints, your postal address and contact number in your e-mails.

Here are some previews from the map- 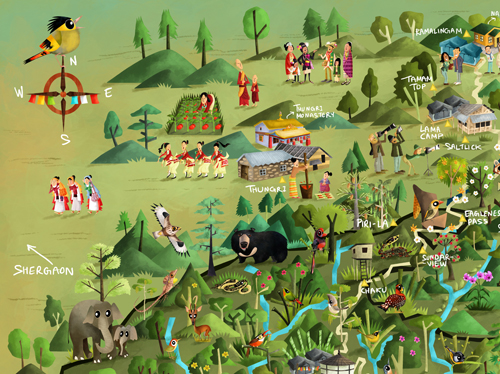 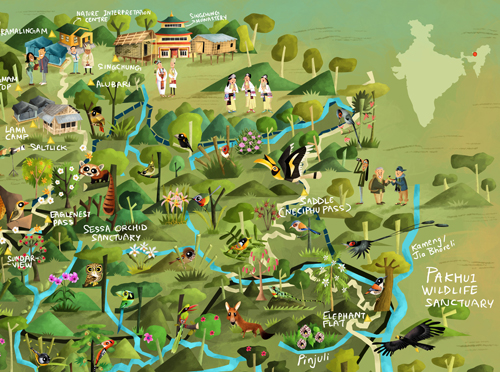 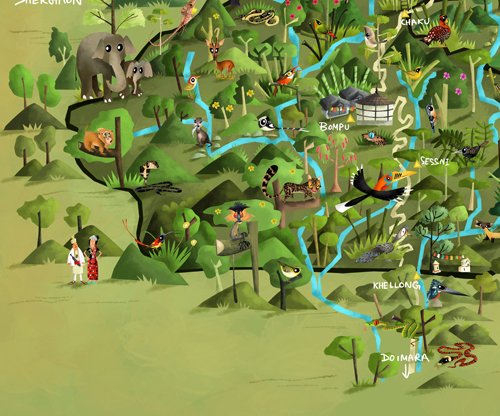 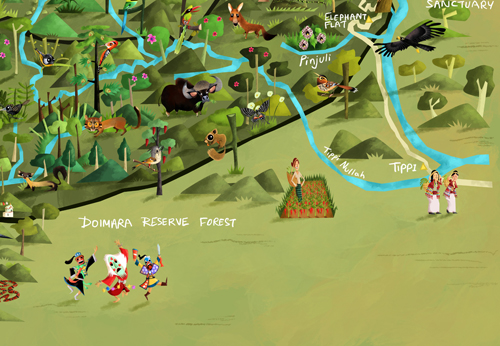 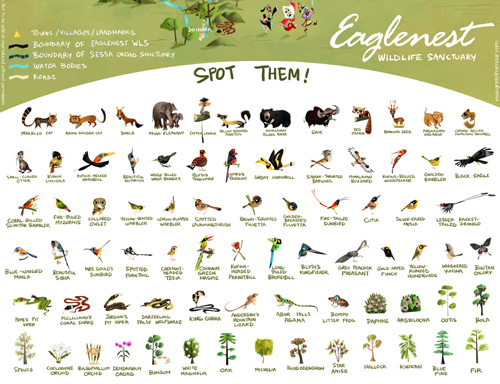 Posted by Rohan Chakravarty at 07:44