Adani Carmichael Coal Mine and the Great Barrier Reef 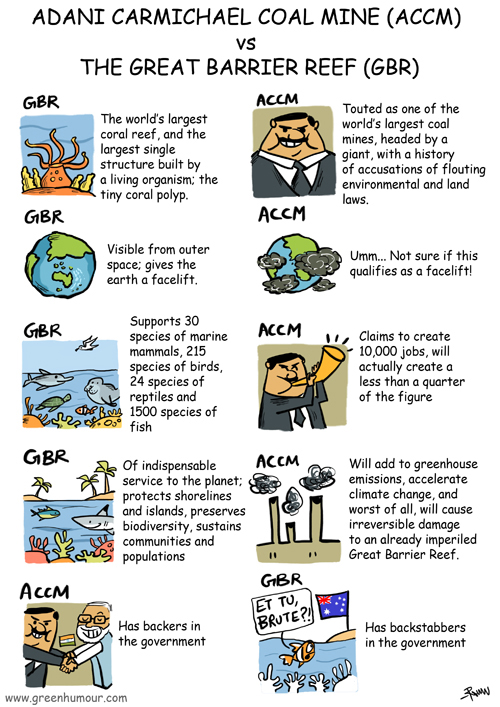 Despite tremendous protest and uproar from environment activists, Queensland's Premier Anastasia Palaszczuk officially announced the go-ahead for Adani's mining operations in the Galilee Basin (Queensland, Australia). Environmentalists both in Australia and around the world fear that this might be the death knell for the Great Barrier Reef, that has barely managed to survive a mass bleaching episode.

The comic appears in my column with Mid-Day today.

Posted by Rohan Chakravarty at 07:46