Wildlife Photographers Then and Now 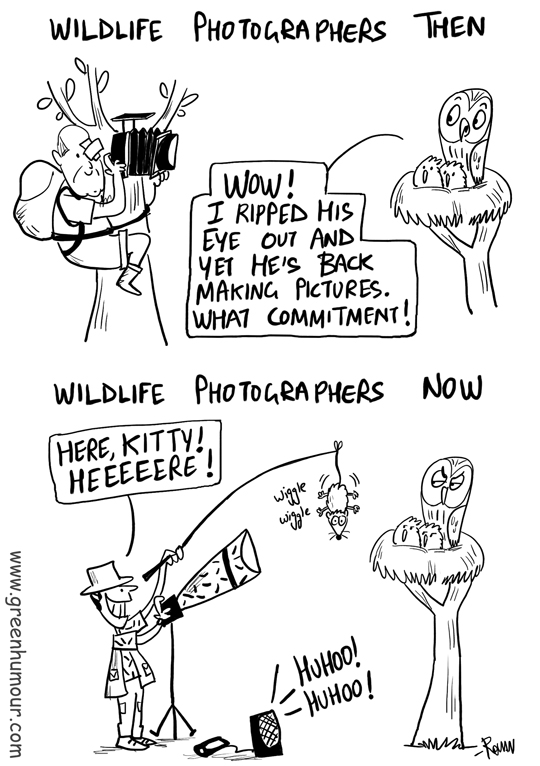 The English photographer Eric Hosking, considered a pioneer in wildlife photography, lost his left eye to a Tawny Owl's talons after he accidentally got too close to the owl's nest trying to take pictures. Despite this life-changing setback, he continued making some of the best wildlife pictures to have ever been published.

Times have changed quite drastically today, where several photographers I know wouldn't shy away from compromising any and every ethic in the book to create a buzz with their pictures. Baiting, the rampant use of playback, disturbing nests, are just some of the tricks photographers employ, the latest being the (speculated) use of a taxidermy specimen in a picture of a Giant Ant-eater, that was recently disqualified after winning a major photography award!

Posted by Rohan Chakravarty at 09:48