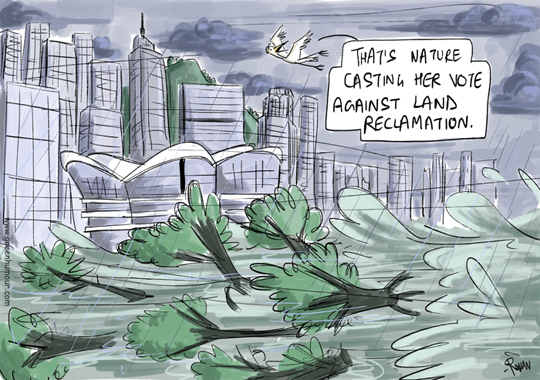 Hong Kong has been grappling with housing for its skyrocketing population, and the government's proposed solution is reclaiming land from the sea. Environmental organizations have warned against the policy's disastrous environmental consequences. Typhoon Mangkhut cut straight across the city recently, thankfully not claiming any human life. This could well serve as a timely reminder to the government to not meddle with the natural forces along its coastline, whose mangroves, the first line of defence against natural disasters, are under direct threat from development.

Posted by Rohan Chakravarty at 07:38