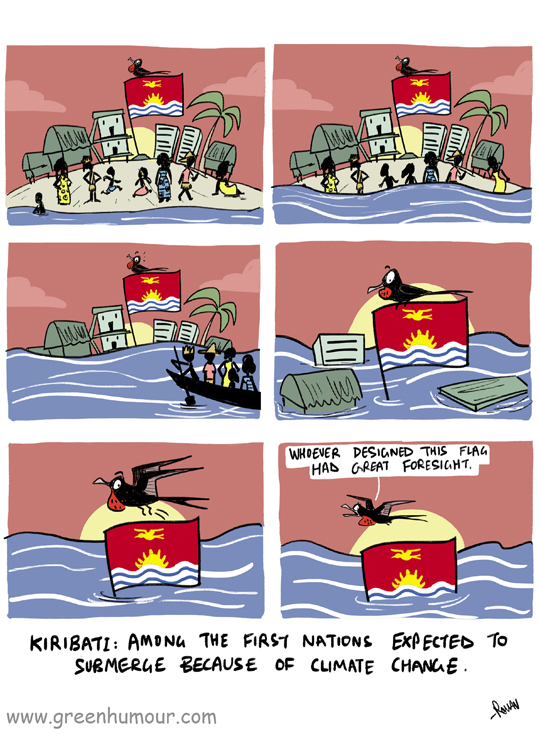 Kiribati's flag celebrates its national bird, the Magnificent Frigatebird that represents its freedom, the Equator represented by the sun, and its command over the sea represented by the waves. This beautiful flag could tell an entirely unintended and tragic story in the next fifty years, as the entire island nation is among the first expected to submerge because of climate change.

Comic from my column with Pune Mirror. I was first introduced to the Kiribati climate crisis by Indian environmentalist and Grammy-winning musician Ricky Kej's work. Watch his music video 'Song for Kiribati' here.

Posted by Rohan Chakravarty at 07:51