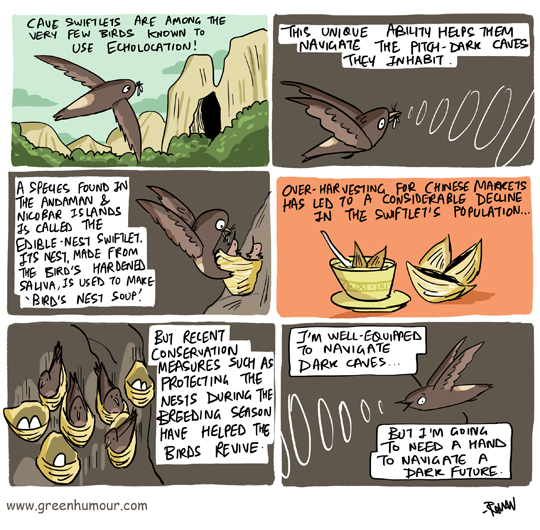 Cave swiftlets are bat-birds among birds, in a sense that they're among the very few birds capabe of echolocation! One such bird is a native of the Andaman and Nicobar Islands (and South-East Asia), the Edible-Nest Swiftlet. Harvesting of the birds' nest for the Oriental delicacy 'Bird nest soup' has led to a decline in numbers. But conservation efforts initiated by the legendary ornithologist, late Dr. Ravi Shankaran have ensured the species' survival.

Comic from my column with The Hindu Sunday Magazine.