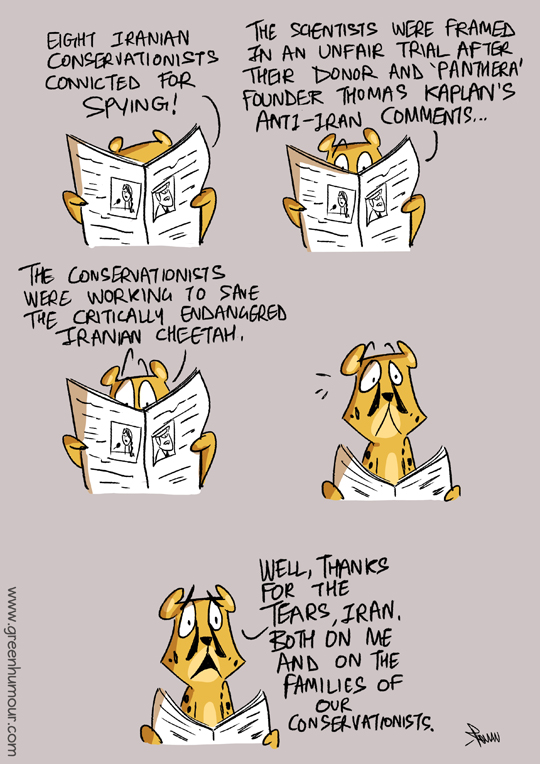 Iranian Cheetah conservationists representing the Persian Wildlife Heritage Foundation were convicted for 'treason' last month, after being detained for nearly two years. Reports say that the move was sparked by Panthera founder Thomas Kaplan's stance on Iran and the Iran Nuclear Deal. Conservationists worldwide have condemned Kaplan, the extremist Iranian Ggovernment, as well as this verdict, which severely harms the cause of conservation in the crossfire.

Posted by Rohan Chakravarty at 09:36